Teenager under detention for raping 11yrs-old girl in… 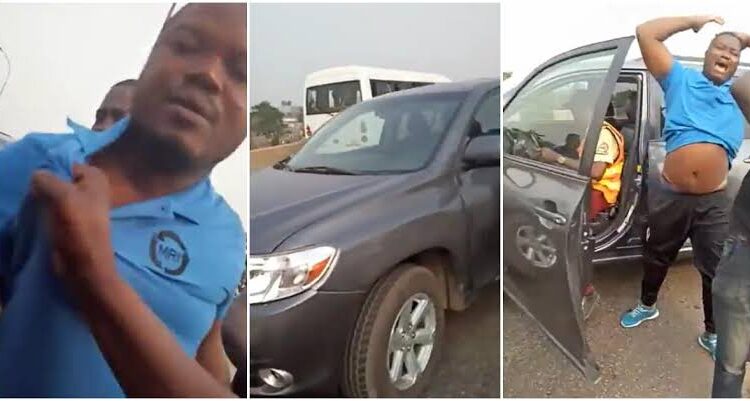 The Lagos State Government has arraigned a Sports Utility Vehicle driver, Sunday Okodo, for attempted murder after tipping a policeman over a bridge along the International Airport Road, Lagos State while trying to evade arrest for driving against traffic on Thursday.

Aside from being arraigned for attempted murder, the embattled driver was slammed with a six-count charge that includes driving against traffic (one way), resisting arrest, reckless and dangerous driving, driving without a valid driver’s licence, and assaulting a police officer.

Okodo was arraigned by the Lagos State Traffic Management Authority (LASTMA) before a Magistrate Court sitting in Bolade Oshodi, on Friday (today) for knocked a policeman attached to the LASTMA Enforcement Unit over the Apakun Bridge.

Confirming his arraignment, LASTMA General Manager, Olajide Oduyoye, said that though the magistrate court has no jurisdiction on the attempted murder charge, the 38-year-old driver would be arraigned before a high court in Lagos at a later date for the charge.

He added that Okodo, however, pleaded guilty to all the other five-count charges and that the case was adjourned till Friday 26th March 2021 for the continuation of trial.

According to him, the embattled driver was remanded in Badagry prison with no bail condition attached.

Oduyoye, however, enjoined Lagos motorists to always abide by the traffic law put in place to ensure sanity across Lagos roads, adding that violators would be made to face the full wrath of the law.