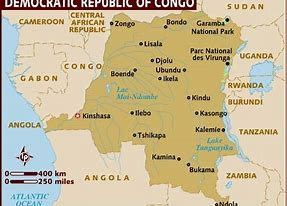 The Democratic Republic of Congo has (DRC) reported incidence of its index case of the deadly coronavirus infection, which is the first to occur within its borders since the 2019 outbreak of the novel virus pandemic in Wuhan city, China.

It revealed that the patient was a Belgian who had tested positive to the virus during routine checks carried out on travellers at the port of entry airport, in the country.

The DRC Ministry of Health explained that due to routine proceedures and prevention methods which had been installed at all ports of entry, it had been easy for airport authorities to correctly diagnose and immediately quarantine the patient on arrival.

Speaking to newsmen in the country on Tuesday, the Ministry spokesperson said that the Belgian was in quarantine and that ongoing processes were in place to curb further spread of the disease amongst the population.

The spokesperson reiterated the government’s commitment to assuring the lives and properties of its citizens and stated that the country had learnt from mistakes made during the fight against Ebola such that adequate preparations had been made ahead of possible incidence of the covid-19 pandemic in the country.

She called for calm and urged for citizens not to panic, assuring them that the situation was under control