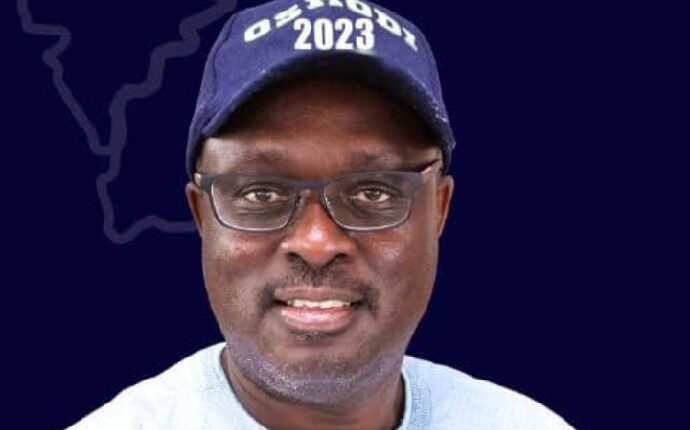 He is a great Nigerian who is doing his fatherland proud in The Diaspora. Dr. Abiola Oshodi’s philosophy is anchored essentially on the advancement of the cause of developing humanity, as regards how to make a better society and how to make the society a better place for living.

This humble man of outstanding achievements is an unusual man of humanity and intellectual dexterity.

Dr. Abiola Oshodi was born on the 2nd of October 1971 in Lagos to Chief Owolabi Oshodi and Mrs. Helen Modupe Oshodi. Young Abiola grew up in Owo like every other child but with core moral values as inculcated and instilled in him by his parents which today distinguished him as an accomplished psychiatric doctor and one of the history makers in Nigeria who have carved a niche for themselves in their areas of calling and philanthropy.

He started his education at the Adeolu Nursery and Primary school, Owo, Ondo state, established by the late Chief Adekunle and Mrs. Olufunke Ajasin, and he eventually completed his primary school education at Government Primary School, Owo in 1982. He proceeded to the Apata Community Grammar School, Apata, Ibadan, in 1982 where he completed his secondary school education in 1987. He attended the Government College, Ibadan briefly for his higher education in 1988 before he proceeded to the University of Ibadan to study Geology between 1988-1990.

While studying Geology, Dr. Oshodi developed an unusual interest in studying Medicine, hence, he secretly wrote the entrance examination popularly called JAMB at the time and he gained admission to the University of Benin to study Medicine in 1990 and graduated in 1998. He completed his horsemanship at the Lagos State University Teaching Hospital, Ikeja, in 1999 and completed his National Youth Service at Otta General Hospital, Ogun State in the year 2000.

As a pragmatic personality with exceptional ability to assess situations and make informed decisions based on what would be of great benefits to himself and humanity, and coupled with his quest for more knowledge, Dr. Oshodi thereafter proceeded to the Republic of Ireland in 2001 for his postgraduate training. He was admitted to Royal College of Surgeon, Ireland, for the four years psychiatry residency rotational training scheme from 2003 to 2007. Dr. Oshodi relocated to Canada in 2012 to set up his private psychiatry practice and he obtained the Canadian Psychiatry Fellowship in 2014 and he was also appointed an Assistant Professor of Psychiatry in 2014.

This versatile and industrious man of integrity has been described as a caring, benevolent, and cheerful giver who would go the extra miles in making far-reaching decisions to impact positively on his people and humanity generally through his Foundation- The Dr. Abiola Oshodi Foundation. This foundation has in various ways transformed so many lives as countless testimonies abound.

Dr. Oshodi is married to Mrs. Tolulope Oshodi and they are blessed with two Children: Ayomide Oshodi and Ayobami Oshodi. Dr. Oshodi is the CEO of Dr. Oshodi Specialist Services, Dr. Abiola Oshodi Foundation, and the Triple A&T Farm, Owo.

Dr. Abiola Oshodi is a consummate politician of repute whose desire has always been to deploy the pedestal of politics to advance the growth of society. Oshodi’s political slogan is “Irewolede” and in the next general election in Nigeria, he will be coming out to contest as Member House of Representative to represent Owo/ Ose Federal Constituency in the House of Representative, Abuja.