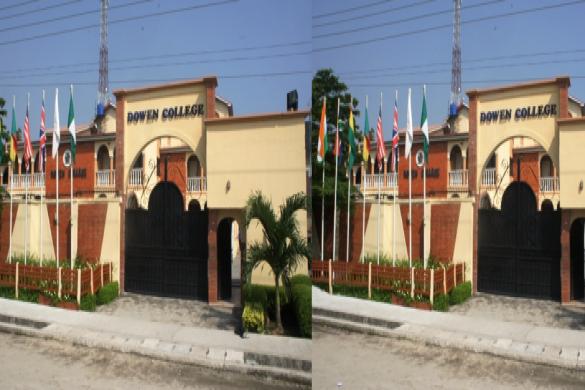 The management of Dowen College in Lekki has continued the first term academic session online, an action that was against the Lagos State Government directives of total closure of all school activities, following Sylvester Oromoni Jr’s death.

It told parents and students that the closure of the facility by the Lagos State Government only stop physically learning and that online classes would continue as they did during the lockdown period last year.

This came hours after the Lagos State Government ordered an indefinite closure of the Dowen College to allow investigations into the circumstances surrounding the death of their student.

Dowen announced the online classes through an electronic mail sent to parents of students in the school yesterday, assuring them that their children’s education would not be halted by the government decision

In the letter said to have been signed by the school principal, Adebisi Layiwola, the school management commended the parents for their support on the crisis that had continued to rock the institution.

The letter reads: “We thank you for your support and understanding during this challenging period for the school.
We wish to inform you that further to our meeting at the Ministry of Education, the school will be shutting down all physical activities till further notice.

“All learning will move online in the interest of safety and transparency. Once again, we commiserate with the Oromoni family and the entire Dowen College family”.

Before this announcement, Dowen had initially asked students to stay at home for two days, adding that the school would resume next week for the term’s examinations.

“In view of the current situation concerning the school and considering the emotion of our students, we have advised that our students stay home tomorrow Friday 3rd and Monday 6th.

“This will also afford the students opportunity to revise for their forthcoming examination starting next week”, the school added.

This led to outrage as Nigerians asked why the school is carrying on with exams when a student died due to an incident that allegedly happened in the school.

As the outrage continued, the Lagos State Government ordered that the school be closed down pending the completion of the ongoing investigations on the death of the 12-year-old student.