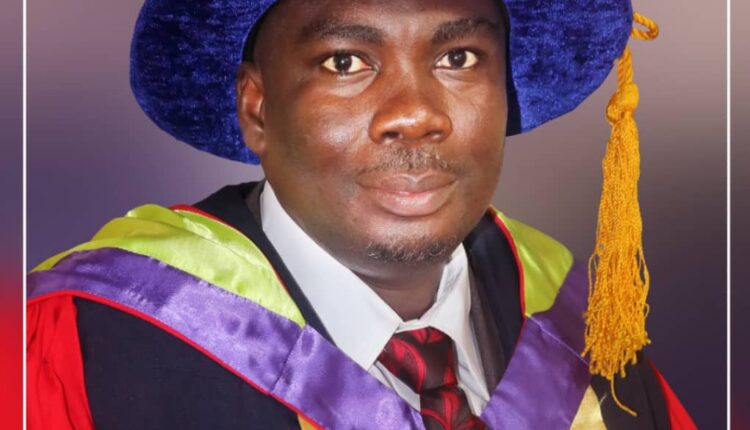 As Nigeria aims for diversification of resources, the Head, Nanotechnology Research Group (NANO+) at the Ladoke Akintola University of Technology (LAUTECH), Lateef Agbaje, has concluded plans to speak at an inaugural lecture on interconnectivity among microbiology, biotechnology, and nanotechnology.

Agbaje, a specialist in microbiology, biotechnology, and nano-biotechnology, with more than 120 publications to his credit, will through his inaugural lecture slated for Thursday, February 25, 2021, at the Great Hall, LAUTECH, Ogbomoso, will further explain the benefits of the interconnectivity between them.

With his lecture, titled: ‘The next big thing is very small: the paradox of diminutive microbes and nanoparticles’, Agbaje, a Professor of Microbiology,  would be addressing how microorganisms and nanoparticles can be usefully exploited to advance the growth and development of a nation.

At the lecture, LAUTECH’s Vice-Chancellor, Prof. Michael Ologunde, a former teacher of Agbaje at the undergraduate, will chair the event set to further boost the institution’s status in the academic environment.

The inaugural lecture will be the first to be delivered by a former undergraduate student of LAUTECH working in the institution. Agbaje, who obtained all his degrees at the institution, started his career as a graduate assistant in the Department of Pure and Applied Biology of the institution in 1998 and rose to become a Professor in 2013.

Agbaje, who had the highest h-index of 24 and 78 articles in Scopus coming on top of LAUTECH scholars, recently led a team of international scholars to produce a pioneering textbook ‘Microbial Nanobiotechnology: Principles and Applications.

It would be recalled that among other things, Agbaje Lateef has raised the bar of scholarship in nanotechnology research in Nigeria through his research group, NANO+, which has dominated nanotechnology discourse in the country in the last five years.