My administration will be remembered for years to come… 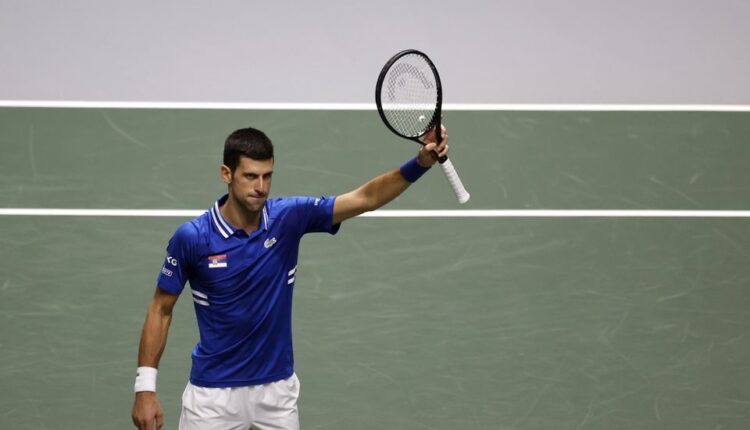 Tennis world number one, Novak Djokovic, has won a temporary reprieve in his deportation from Australia but is set to spend the night in an immigration detention facility as he fights to remain in the country.

The vaccine-sceptic Serb was detained on arrival to Melbourne’s Tullamarine Airport having failed to “provide appropriate evidence” of double vaccination or a medical exemption.

Djokovic had jetted into Melbourne on Wednesday hoping to defend his Australian Open crown and to bid for an unprecedented 21st Grand Slam title, despite Australia’s tough Covid restrictions.

Instead of a conquering champion’s welcome, he was questioned at the airport overnight before having his visa revoked and being transferred to a Melbourne immigration detention facility.

After an emergency court appeal on Thursday, a judge ordered that the controversial star would not be deported before Monday, when a final hearing will be held.

For months there had been speculation about whether Djokovic would play in the January 17-30 tournament. Then, ahead of his arrival, a jubilant Djokovic boasted on Instagram that he had scored an unexpected medical exemption to play.

The 34-year-old has refused to reveal his vaccine status, but has previously voiced opposition to being jabbed. He has contracted Covid at least once.

Amid widespread outcry at Djokovic’s apparent star treatment, conservative Prime Minister, Scott Morrison said “rules are rules and there are no special cases.”

Australians have been unable to travel or welcome family from overseas for much of the last two years.

Stephen Parnis, a former Australian Medical Association vice-president, said that the exemption sent an “appalling message” to people trying to stop the rampant spread of Covid-19.

The country recorded more than 60,000 cases in the last 24 hours, after being Covid-free for much of the pandemic. But the Serb’s treatment on arrival prompted fury among his fans and a fiercely worded rebuke from Serbia’s president.

“The whole of Serbia is with him and… our authorities are undertaking all measures in order that maltreatment of the world’s best tennis player ends as soon as possible,” President Aleksandar Vucic said after speaking with Djokovic over the phone.

“In line with all standards of international public law, Serbia will fight for Novak Djokovic, justice and truth.”