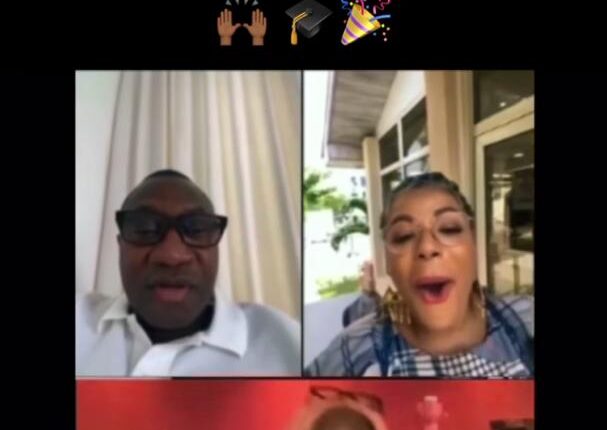 Share
A popular Disc Jockey and billionaire’s daughter, Florence Otedola, better known as DJ Cuppy has been gain admission into renowned tertiary institution, Oxford University, to pursue her master’s degree.
Cuppy, who was the first child of her Nigerian businessman father, Femi Otedola, expressed her joy over the achievement to further join league of students to receive knowledge from the ivy tower.
Revealing her achievement on Friday, the artiste posted on her official social media handle a video of the discussion with the father and other members of the family.
The entertainer, who felt extremely excited, stated that she had to first break the good news of her achievement to parents considering their role in the new height attained in her pursuit to acquire more knowledge.
The Award-winning DJ reminded her parents that she applied to the University last year, 2020 for her master’s degree and that her dream of studying at the prestigious institution has finally come to past.
The parents, feeling excited and proud of their daughter, congratulated her when she asked her father if she would sponsor her education.
Her father replied, saying he has paid cuppy school fees long enough and she should be able to finance herself.
Cuppy said: “HUGE NEWS and I had to tell my parents first! I’ve been accepted into OFORD UNIVERSITY for a Master’s!!! This degree is dedicated to Nana-Otedola and Femi-Otedola.”
While making the announcement, she also shared the letter of the admission, which she refers to as her proudest achievement so far. 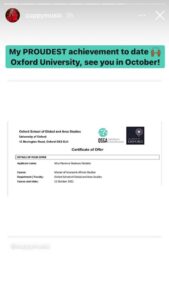