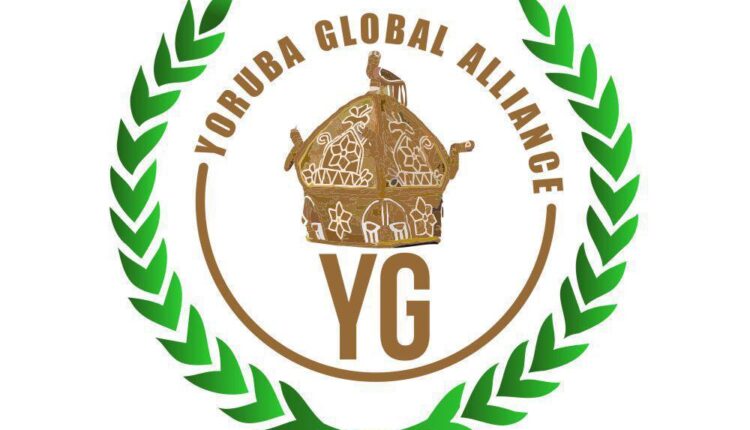 A Dispora group, Yoruba Global Alliance (YG), has insisted that the Yoruba secession plan from Nigeria would not be dropped inspite of appeals from different political leaders and groups that the move be jettison to allow for the 2023 general election.

YG said that the secession was long overdue considering the years of persistent attacks and ill-treatment often received by the Yorubas from other ethnic groups that made up of the country which had often placed them at the receiving end of many attacks across the country.

The group. with members drawn from over 133 countries, noted that after the secession, plans have been intensified to ensure economic sufficiency including boosting the agricultural sector of the region that previously made the regions occupied by Yorubas attractive to many investors.

Speaking on behalf of the group, Chairman of Council of the Organization, Tola Adeniyi, assures the entire Yoruba race that efforts by YG, our allies, and other several Self Determination groups were on to ward off every threat to the corporate existence of the Yoruba.

Adeniyi, in a statement made available to The Guild, stressed that the Yorubas would no longer sit back, fold arms and allow issues affecting welfare and existence in the country to be determined by others rather, they would challenge and demand their rights.

The chairman, a veteran journalist, urged the Yorubas not to entertain claims that the plan was not achievable considering the disunity among them, saying, we are united in the ethos of the Yoruba race and in the belief in freedom, justice, and equity.

“We are not a nation of cowards. And even though our civilization and enlightened worldview have imbued us with unique Omoluwabi tenets which accord love and accommodation to all human beings, we nonetheless believe that it’s only human beings who should be treated as human beings while animals are animals.”

“We want to assure our Yoruba compatriots that we are working, but quietly, strategically, and tactically just like the masterminds behind those devouring Nigeria have remained anonymous without vainglorious and attention-seeking noisemaking. Yoruba fighting forces, like in the tradition of soldiers all over the world are the ones who should do the chest-beating to showcase their conquests.

“We are convinced that Nigeria is already at war, and we are also not deceived by the shenanigans of those who embrace terrorism and cuddle banditry and seek to impose Stone Age mentality on all those who still erroneously believe there is a country called Nigeria. Yoruba Global Alliance a.k.a Egbe Ominira sympathizes with our fellow African cousins in Sokoto, Zamfara, Kaduna, Borno, and other states north of Rivers Niger and Benue who are being daily plummeted by pampered and officially emboldened terrorists, most of whom were imported into their territorial space by officialdom”.

He further disclosed that before the secession, plans have been concluded to reduce the Yorubas dependence on other regions for food security.

“Albeit our programmes for the eventual realization of our set objectives, achievable through peaceful and diplomatic means, are being pursued vigorously. We have acquired hectares of land in all the Yoruba-speaking regions which would be allocated to our youths and those interested in mechanized farming to guarantee food security to our nation.

“Our teeming unemployed graduates are being contacted with a view to empowering them and also source for grants and educational institutions locally and abroad to complement the pool of highly trained personnel to enrich our stellar position in 21st century.

“We have embarked on coordination of various guilds of professionals, tradesmen, marketers, and artisans all over the Yoruba nation for enhanced productivity. Our overall goal is to make every Yoruba person gainfully employed, prosperous, secure, and happy in robust health”, the chairman added.

Meanwhile, Adeniyi appealed to the Nigerian military to be neutral and ensure that they protect all ethnic groups from been attacked by bandits and other criminals across the country.

“Our hearts go out in sympathy to all members of the Armed Forces and Security Agencies who are confused about the notion of loyalty, either to a political party in transient power, to individuals, or to the State. We appeal to them to end the confusion today. Nigerian Armed Forces and Security Agencies including the Police belong to the entire country and not to a person, a party, or a section of the country. We pity our young men and women who are exposed to danger in discharging their official duties by a State that fails to provide them with modern weapons and logistics.