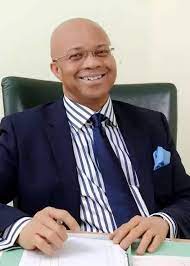 The Director-General of the Budget Office of the Federation, Ben Akabueze, and his wife have  announced the birth of their son, named Kachiside.

Birth of Kachiside, according to the couple, should serve as an inspiration for other families that were already losing hope of having their own child after years of marriage.

As gathered, Akabueze, who was former commissioner for economic planning and budget in Lagos,  celebrated his 60th birthday recently while the wife was well above 55 years of age before welcoming their son.

The baby’s arrival was announced on Saturday through a statement released on behalf of the couple by the Director-General on his official social media handle.

He noted that within the nine months of the pregnancy, the wife did not experience any sign of pains that were often associated with expectant mothers.

The former commissioner described the experience and arrival of the baby as blessing which the family would never forget considering their ages. 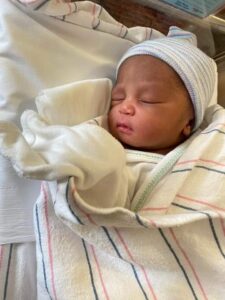 “However, I believe this blessing is not just for my family. My wife is in the second half of 50s in age. Yet she bore this pregnancy to full term, without even one morning of sickness!

“This should serve as encouragement to someone who may have given up hope, or is on the verge of doing so, on account of age. God’s promises for such a one will yet come to pass, if they hold on to and act on His word!”

Why the North bleeds and the people sleep