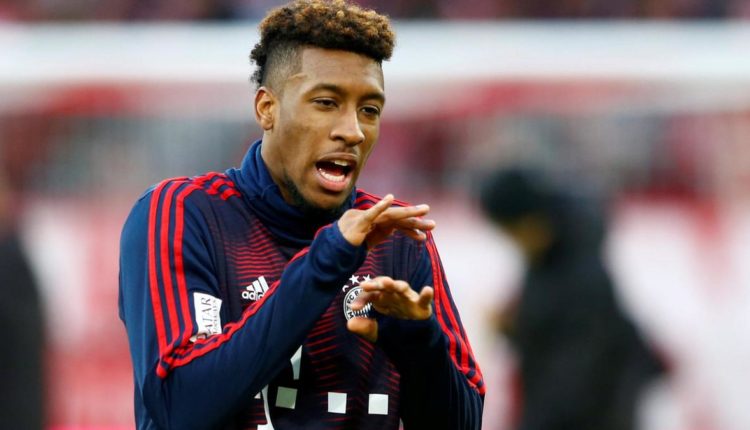 As Bayern Munich gear up for Der Klassiker on Saturday against Dortmund, the club’s winder, Kingsley Coman, has assured fans that the Bavarian club will defeat their major rival to boost their chances of lifting the trophy again. 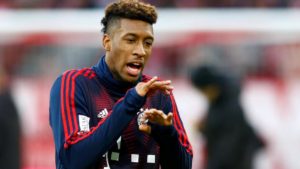 Coman gave the assurance while analyzing his club’s current form and how they have shunned rest after their Champion’s league encounter on Wednesday to prepare for the upcoming encounter.

It is fair to say that Bayern have seen better days. Fourth in the league and four points off the Bundesliga summit, searching for a new head coach after parting ways with Niko Kovac, and reeling from a 5-1 defeat to Eintracht Frankfurt – their heaviest since losing by the same scoreline to Wolfsburg ten years ago.

On last weekend’s defeat, the French winger said: “We picked up a red card at the start of the game, which meant we played with ten men for almost the entire game and that takes a lot of energy”.

He argued that the early red card received by Jerome Boateng aided the two goals conceded. “However, we’re not far off first place, we’re first in our Champions League group. There’s still a long way to go this season. It can still finish very well for us.”

Indeed, at the very same stage of last season, Bayern trailed league-leaders Borussia Dortmund by the same distance and the gap even grew to nine points before Coman and Co. clawed background and clinched a record-breaking seventh straight Bundesliga title.

Saturday provides an opportunity for them to turn the page quickly, and Coman is cautiously optimistic about their chances in this weekend’s Klassiker.

“I just know that we often win at home, and often with big scores – I hope that continues. It’s always a difficult match, but we tend to win at home against them. The Supercup was not good but I’m convinced that we’ll put in a good performance. I’m still confident.

“We’re coming up against one of our direct rivals for the title, and it’s also an important match for the fans. We must win. It will be a good match, an attacking match for sure,” he added.

Such an occasion is one Coman relishes; one when he can get his head down and dribble at and attack his opponents – at high speed.

Coman has yet to score or provide an assist in nine previous appearances against Dortmund, though, and that is a personal matter the 23-year-old would like to redress this Saturday.

“As I have often said, I would like to be more efficient and more precise in front of goal, whether that be scoring myself or setting someone up,” Coman said. “It’s an important match, so I hope that I will be able to score. I hope to be decisive and hope that everyone has a good game as well.

“I have three goals and three assists in all competitions this season. That’s not enough, but I don’t think statistics tell the whole story. I think I’ve put in a lot of good performances regardless.”

Another is just what Bayern need this weekend as they look to bounce back from a difficult period of form with the best possible tonic – a win in Der Klassiker.