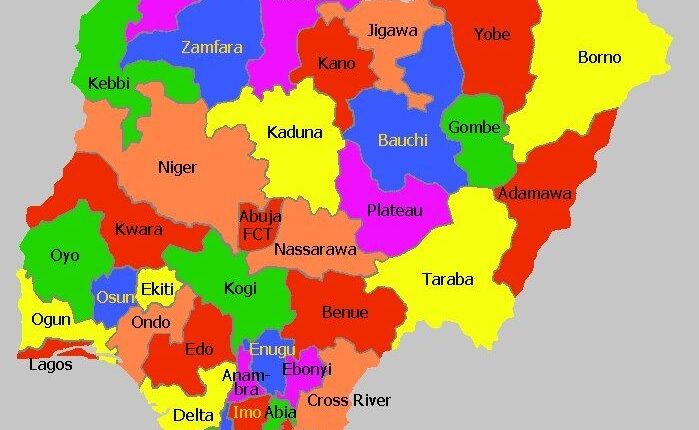 Being a former British Colony, Nigeria had the political misfortune of being bequeathed a public administration system that was based on ‘Migrated Social Structure’; and it could not have been otherwise. After all, it’s the only systemic public administration structure known to the British. Consequently, and right from the outset, the tools of public engagement at all levels, in particular, struggled with the norms and values of Nigerians. Absent the domestication of the intrinsic norms, ethics, and usage of the colonial administrative system over a period of time, the emergent system acquired a life of its own; deformed, or, at best, a compromised caricature. And, despite intermittent and laborious attempts at reforming its bureaucracy, this compromised system and its attendant systemic anomalies have only continued to advance exponentially at the expense of the professed developmental agenda of Nigeria’s founding fathers.

Put differently, although the gamut of the extant government machinery is said to exist to serve the public, in reality, it provides services for the privileged class and the well-connected members of society through the determined pace, mercy, and direction of the public and civil servants. Against this background, democracy as a form of government will still have to be interpreted and powered by the State’s bureaucracy as it deems fit. Beyond the definition of the concept of democracy, its interpretive understanding and the political orientation of the power elite, political gladiators, and the power-brokers are the motivational factors driving government performance.

As things stand in Nigeria, our democracy cannot but reveal certain and peculiar tendencies. For instance, though we identify our bureaucratic structure as a democracy, it doesn’t have to conform to what obtains elsewhere. Here in Nigeria, democracy is huge business; and only the rich and the well-connected run for elections into her critical public offices. Extant laws against excessive funding and spending notwithstanding, stupendous amount of money is always expended by our politicians and public office seekers on this four-year routinized exercise. Political participation is made attractive and possible through money, and only the moneybags are the authentic players. This is reinforced by the whet and insatiable appetite of political jobbers and party officials who are always out for pecuniary rewards. The masses respond to money and not manifestos, ideas, or political ideology. Yet, we call the system, ‘democratic’ even when a system which selectively disenfranchises participants cannot be said to be truly democratic. The major snag is that the so-called democratic institutions that are supposed to correct these anomalies are also part of the problems. So, who is fooling who?

Talking about deep pockets, there is no doubt that they possess the power to create their own pattern; and that pattern is called ‘entitlement syndrome’. For example, those delegates who became ‘accidental millionaires’ just because they served as delegates at the last party conventions in Nigeria might have learnt some lessons about politics to the extent that if there’s going to be another round of presidential party conventions in the next four years, the operational code will have been horned, since some participant-delegates already knew how lucrative it was to be a delegate. So, chances are that selection of delegates in 2027 will be a battle to the finish. Then again, the piper payers who have surreptitiously established – and are oiling – the syndrome will jerk up the rate at the next available opportunity. It is normal with human beings!

Be that as it may, the beneficiaries of the largesse are not likely to see it as if somebody has done, or is doing them a favour, but more of what they are entitled to. So, this creates a pattern which makes it difficult to have good governance, because the money that is expected to be used to promote it is already frittered away on other issues. Of course, once this is created, it has the means of creating a pattern; and, once that pattern is created. The society will only be shouting! It is what has led to vote-buying! So, when the electorate start accusing the government of negligence or incapacity, the reasons, in part, are as adduced above.

In development, one of the first things to look at is pattern formation. Had Nigeria been a serious country, the pattern of development she’s had was enough for development. Should anyone want to draw a chart, or compare stuffs about dear fatherland, all one has to do was to interrogate the pattern with a view to drawing informed conclusions. For example, successive military coups have come with a promise to curb the excesses as well as right the wrongs of the politicians. Looking back, how many of those wrongs have been righted? How many among their promises have been thwarted and how many of those excesses have remained with us till date? As if the gods are angry, successive leaders have merely succeeded in scratching the wrongs on the surface; nobody has uprooted anything. And that’s why we are where we are!

Events, as they unfold with each passing day have shown that, in a compromised democracy, corruption is a necessity. Once the system is no longer working the way it should, corruption becomes the driving force. It becomes the oxygen. The likelihood of even the rights activists succumbing due to intense heat from the fire abject poverty is very high. So, to think that those who have spent their life savings will not, on getting into political office, strive at recouping their expenses is to embrace the philosophy of the idiots. How can they truly afford to develop the society? Besides, it is not in their objective interest to develop the society, because, if they do, corruption will start waning; and when it does, their business can’t thrive again! After all, sustaining an amorphous system demands oiling the machine; and oiling the machine means accommodating more corruption. When a system works as it should, fraudsters won’t get work to do. But interestingly, the fraudsters have taken over. So, corruption has taken a sunken taproot. And, in order to sustain that corruption, one needs more money. Since those who are corrupt are also conscious that there will one day be a stop to it, they can’t but be aggressively in a hurry to make all the money before ‘kasala’ eventually bursts.

Think about policy options that have turned the Nigerian state into a series of sociopolitical accidents and one will find out that the kind of leadership a country gets will determine how far it can go! It is also sad that leadership in this part of the world has become more like a cult; a game for every Dick, Tom and Harry. Ours is now politics of cliques and nuclear families. I doubt if any of us can be qualified to be amongst the extended relatives. To borrow the late Obafemi Awolowo’s words, what we have is ‘ojelu’, no longer ‘oselu.’ We are where we are because our system allows the emergence of certain and preferred leadership to manage the affairs of the country. Again, that the Nigerian society has ebbed to the point of a home-grown anomie is no longer news. Hence the only way to arrest it is to truthfully arrest it; and by that, we mean a total overhaul, which starts even from the family.

May the Lamb of God, who takes away the sin of the world, grant us peace in Nigeria!