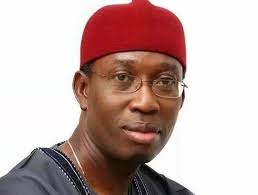 In a bid to ensure that the Nigerian Army remains motivated in the fight against insurgency and violent crimes across the country, the Delta State Governor, Ifeanyi Okowa has advocated on the need to prioritise better welfare packages for its officers and men.

Okowa said that the armed forces might possess sophisticated weapons but that without a motivation, they would not achieve desired result in eradicating crime.

He said that it was imperative that the authorities place premium on personnel welfare so that they will discharge their duties with utmost pride and enthusiasm to deliver the best results.

According to the governor, while speaking at the 2022 Defence Retreat, on Monday, it was potential to ignite the fire of patriotism in personnel in order to become an inspiration for many others to want to wear the uniform with pride and assurance.

“As we try to evolve ways in tackling multifaceted security challenges in our nation, another matter requiring priority attention is the welfare of our soldiers at the front lines.

“It is my considered view that we can have all the sophisticated weaponry and excellent logistics but without motivated and satisfied personnel all our efforts will come to naught.

“In the same vein, honouring soldiers who died in the battlefront is the most powerful message we can send about serving our country sacrificially.” he said.

He said that the current security challenges in the country are multifaceted, but had no doubt in the capacity of the Nigerian Armed Forces to overcome them.

Okowa further tasked the Nigerian Armed Forces on patriotism, dedication, sacrifice, courage, and commitment toward ensuring a safe and secure nation for us all.

On his part, the Minister of Defence, Bashir Magashi, promised that the Ministry of Defence will continue to provide administrative support and place premium on personnel welfare and defence procurements.

He further said that plans are ongoing to produce implementable solutions to the myriads of security challenges facing the nation.