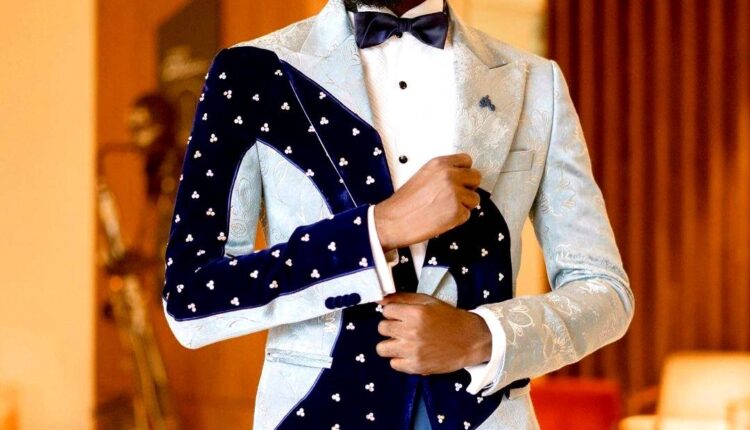 The 8th Africa Magic Viewers’ Choice Awards went down last Saturday night, at the Eko Hotel and Suites, Victoria Island, Lagos, and it was celebration of haute couture of Africa.

The event was a gallery of fashion art as celebrities across Africa came resplendent in different forms of fashion expressions. 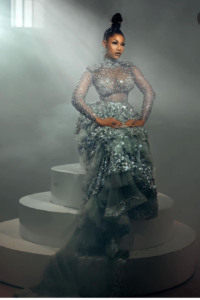 From the mesmerizing to the captivating; from the colourful to the glittering; and the bohemian to the bizarre, it was fashion explosion all the way spruced with glamour and glitz.

Among the 8-day events was a runway show, featuring the finalists of the Design for the Stars competition.

The runway bloomed with various fashion trends, occasionally making us wonder if we were transported to a universe where style is the norm. Here are some of our favourite trends: 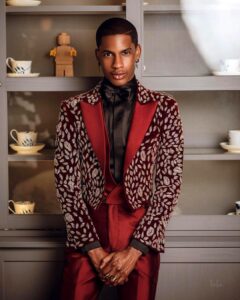 A golden rule when it comes to gowns: you can never do wrong with ruffles. The designers knew this as they sent beautiful ruffle-shaped gowns down the runaway, giving us a healthy dose of both dramatic flair and a hundred percent camp. Royalty remained a theme that shone brightly on the runway. From crowns to a modern interpretation of tailcoats, the London Regency era came to life at the AMVCA 8 Fashion show. It was almost like a London-Lagos fashion week crossover. 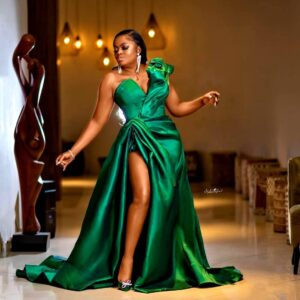 Apart from the discomfort, corsets are widely known for the beauty they add to a garment, giving the body figure more shape.

Accompanying bright-coloured gowns were corsets, which were a staple in some designers’ looks. If there is one lesson to be learned from the AMVCA runway, it is the incredible ability of rhinestones to transform a basic look into an elevated and expensive one.

Stoning dresses when done wrong can be disastrous, but these designers made it work, providing a glimpse of luxury through their clothes. 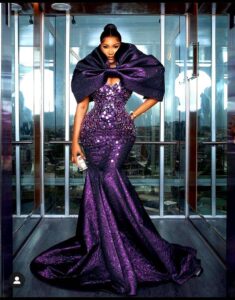 Flamboyant is not enough to describe the nature of the sleeves on the runway.

It almost seemed like the designers took the saying, “go big or go home,” to heart as over-the-top but yet stylish sleeves stole the show. 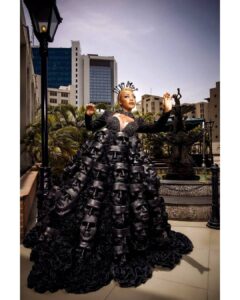 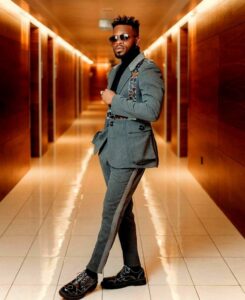 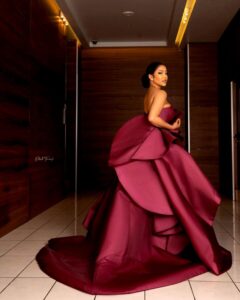 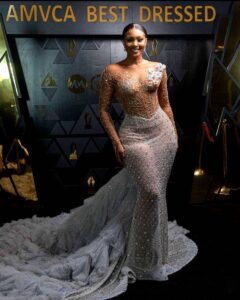 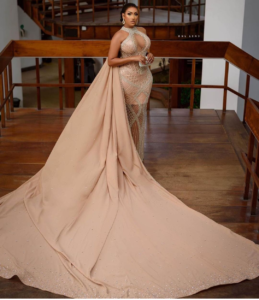 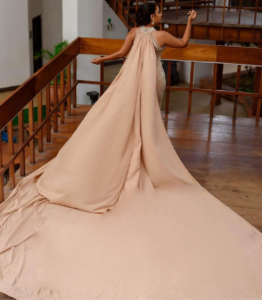 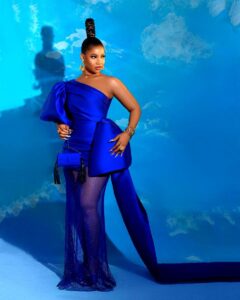 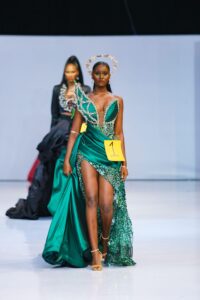