NDLEA uncovers plots to introduce new illicit drugs from US 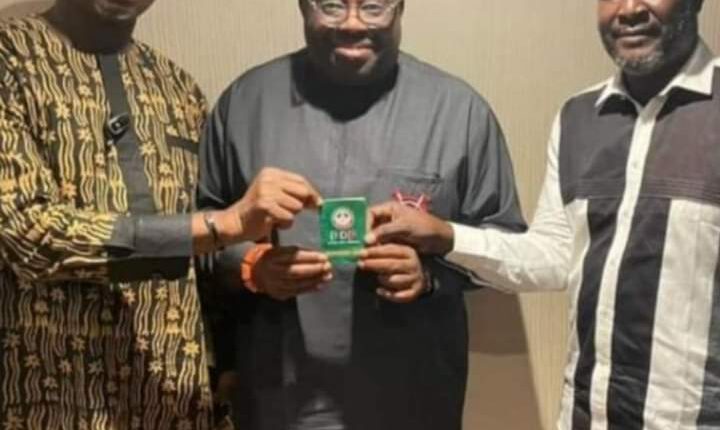 The Publisher of Ovation Magazine, Dele Momodu, has disclosed that he has joined the Peoples Democratic Party (PDP) ahead of build up to 2023 general elections.

He explained that his return to party politics was borne out of his passion to move away from just commentary and contribute his quota to serious task of nation building by actively participating in events shaping the country.

The veteran journalist said that he joined the nation’s main opposition party to help rebuild and oust the President Muhammadu Buhari-led ruling All Progressive Congress (APC) government, which he claimed, has eroded the gains of PDP.

Through a statement on Friday, Momodu, who was a former presidential candidate of National Conscience Party (NCP) during 2011 elections, said that he had consulted widely and believed PDP was the right party for him to actualise his dream.

According to him, for these reasons, I am happy to declare that I am now a full-fledged participating member of the great and patriotic Peoples Democratic Party.

“I have consulted widely. And it is clear to me that given the dangerous and disastrous drift that our nation has experienced in the past six years, the only party from which amends can be made to rectify our situation is the Peoples Democratic Party (PDP),” he said in the statement released on Friday morning.

“This accords with my vehement opposition to the policies and practices of the All Progressive Congress (APC) and its leadership, which has denuded our country of everything we hold dear – national unity, cohesion, security, economic prosperity, educational advancement, social infrastructure, and above all, our cherished moral values,” the statement quoted him as saying

Furthermore, he accused the APC of failing in delivering democratic dividends to Nigerians, maintaining that the PDP has landmark achievements to show for their 16-year rule.

“It is deeply saddening and regrettable that some of the biggest and landmark achievements recorded under the PDP administration have been diluted, wasted, or diminished by the present APC government,” he added.

JUST IN: PDP can go ahead with convention after court’s clearance