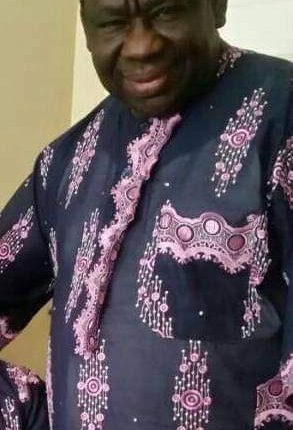 As gathered, the cleric slumped while preaching on the pulpit during a church service and was rushed to the hospital where he was later pronounced dead by medical experts in the country.

On Monday when Udo-Mbang’s death was announced to members who had been praying for his recovery, the members started to lament that another dedicated cleric had passed on.

In a short statement released by the church’s Global Crusade Nationwide, the church described the deceased as one that was a God-fearing man that was committed to evangelism.

According to the church, Good night Pastor Samuel Udo-Mbang, National Overseer of Deeper Life Bible Church Swaziland. He slumped on Sunday while preaching. God can take His servants or any believer any time, and anywhere He chooses. It is a case of earth’s loss and heaven’s gain.

“May the Good Lord comfort the family and the Church in Swaziland. Brethren, we need to take good notes and prepare, God’s Generals are trooping home. We don’t know who is next”, it added.

Some of the church members that reacted to the cleric’s demise argued that Udo-Mbang’s death was a reminder to them that they should engage in activities that could boost their faith.

A member of the church, Chukwudi Emmanuel wrote, “May the Almighty God console his immediate family and the entire church in Jesus mighty name, amen.”

Another member, Olajide Abraham added: “My feelings are with his family, well-wishers, and the church of God. His call to glory is a win and not a loss for us. I pray the Lord will Comfort everyone.”

Another member, Getty Ewa, while reacting to the development, added: “So sad, while he was in Nigeria, he was my Pastor under Oron region, by then l was just a student midwife at Ouita General hospital Oron. Please our pastor should be giving consideration to their consistent medical checkups and distance for the service of God. Rest on Dad..”

Also, Nwanneka Orjiekwe, a member of the church, lamented: “Chai! May God comfort his family and the entire missionary church for “blessed are the dead who died in Christ Jesus.” Welcome home God’s general.”