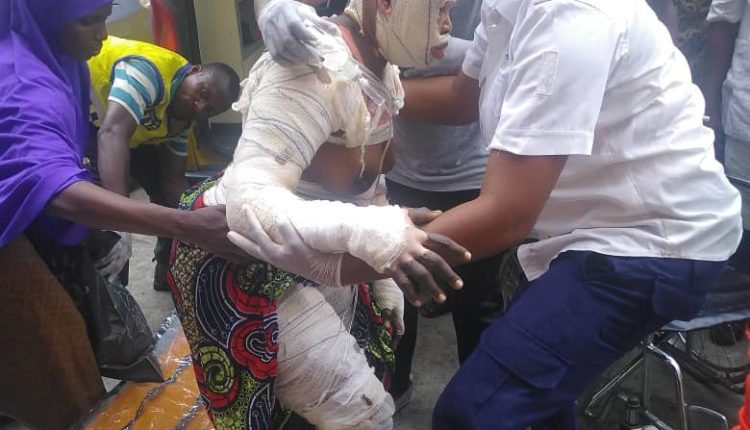 Immediately after the explosion on Thursday, two persons, a male and female children in the community, were burnt to death.

Meanwhile, five persons suffered severe burns and 18 others had minor injuries on their bodies while trying to escape from the explosion scene.

Of the five that suffered severe burns, the Guild gathered authoritatively that, two have also passed on, increasing the death toll to four.

The two, it was learned, died while receiving treatment at the Trauma and Burn centre unit of Gbagada General hospital in Lagos.

Earlier at the scene, of the two deceased, the female child was evacuated by the family immediately after the disaster, while the male child was yet to be removed when our correspondent arrived.

The deceased, who met his untimely death during the explosion, was identified by his family as Damilare Afolabi.

The Guild learnt that property worth millions of naira was also destroyed with the entire community still counting their losses from the tragic gas explosion which ravaged their neighbourhood.

It was learnt that a gas cylinder shop in the community had exploded as a result of leakage, leading to an inferno that enveloped the community and got many residents trapped in it.

Further investigations revealed that the fire ignited as a result of a call being made by an unidentified resident which escalated to other nearby shops and a bungalow behind the shops.

He added that of the 23 injured, five persons including three children and two adult female were seriously burnt and currently admitted at the Gbagada hospital.

According to him, the entire area has been cordoned and post disaster assessment is ongoing.

“As a result of visible cracks and intensity of fire, it is advised that a controlled demolition should be carried out on the burnt structure in order to prevent any secondary incident. Operation ongoing”.