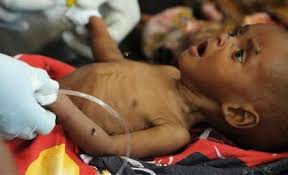 No fewer than 11 persons have been confirmed dead following the ongoing diarrhea outbreak in Lagos State, attributed to flood cases recorded in some Local Governments in the state.

The local Governments where the outbreaks which started mid-last month that claimed the lives were recorded include Lagos Island, Surulere, Mushin and Ajeromi. 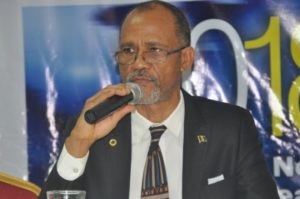 Confirming the death toll, Commissioner for Health, Prof. Akin Abayomi, in a statement made available to The Guild on Friday, hinted that over 400 cases of gastroenteritis (diarrhea) have been recorded in health facilities in the affected LGAS.

Abayomi further disclosed that atleast 370 of the patients affected by the disease have been treated and discharged by the State Government.

“Unfortunately, we have also recorded 11 deaths due to the outbreak. The increase in number of cases of gastroenteritis is not unconnected with persistent rain with flooding of some LGAs in the State.

“We have been very proactive in our response and management of the excess cases of vomiting and diarrhea occasioned by the outbreak. As part of our response, we have activated an emergency operation centre (EOC) which is a command and control centre so that we can fine tune logistics and resources around our response against the outbreak.

“Since the activation, the EOC which is made up of representatives from the Ministry of Health, Primary Health Care Board, Health Service Commission, Lagos State Environmental Protection Agency (LASEPA), World Health Organization and Central Public Health Laboratory amongst others have been meeting on a daily basis; collating results, reviewing plans and interventions as well as suggesting and coordinating the implementation of measures to effectively curtail the spread of the disease and manage future occurrences promptly and effectively.

“The EOC is made up of sub thematic areas of research, surveillance, case management and infection control, laboratory, communication and advocacy, pharmacy, security as well as logistics and data management. Also, our disease surveillance officers at the State and local government levels are currently carrying out intensive surveillance to stop the spread of the disease.

“We have also put in place and still carrying out some measures and specific action plans like upgrade of infrastructure in our health facilities especially the PHC level; recruitment of more health workers; increasing the supply of drugs and consumables to health facilities; continuous clearing of drains and improving the supply of clean and portable water to residents, so that in the future, when we have this climatic situation where there are excessive rains, we should be in better position to respond very quickly even in a very more efficacious way.

“Although, Lagos is prone to seasonal infectious diseases like gastroenteritis because of its demography and low line megacity nature, we will however not relent in our effort to respond to any water born or airborne outbreaks that may happen in our State whilst ensuring that citizens remain safe and healthy”.

The commissioner explained that Gastroenteritis was often caused by micro-organisms in the category of those responsible for typhoid fever, cholera and certain viruses, saying, it can be contacted by eating or drinking contaminated foods such as uncooked seafood.