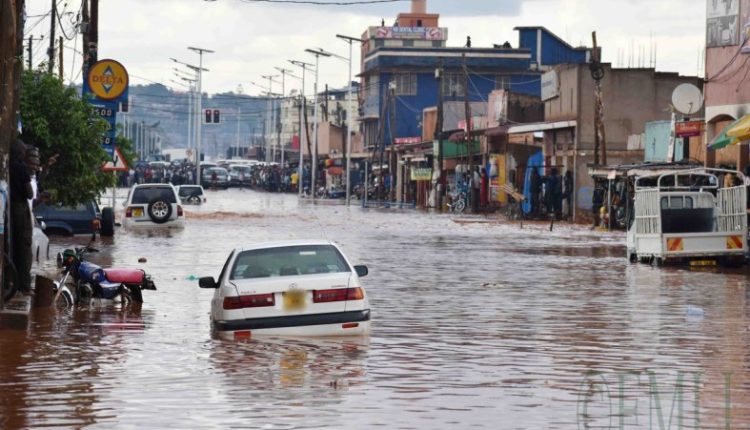 At least 16 were confirmed dead in western Uganda after heavy rains caused landslides in the East Africa country, said a local aid team on Sunday.

“One more dead body has just been discovered this morning in Bundibugyo town council bringing the total number to 16,” according to the Uganda Red Cross Society.

An aid team was deployed to search and recover bodies of residents in Bundibugyo district which was affected by the landslides after days of heavy rainfall.

Irene Nakasita, the Red Cross spokeswoman said: “We have provided body bags and blankets to manage the dead in a dignified manner before handing them over to families and hospitals.”

So far, one body of a middle-aged woman is yet to be identified and claimed. Community members say the woman had gone to buy grasshoppers before she went missing.

The displaced people have been gathered in schools and churches, just as the country’s Red Cross has started  working together with the district leadership and police to gather all people displaced as humanitarian aid is being delivered.

Uganda is undergoing its second rainy season which has reached its peak in most parts of the country. The Uganda National Meteorological Authority predicts heavy rainfall will continue throughout December.

The eastern parts of the country have also been suffering floods and landslides around the Mt. Elgon region.

In a statement on Friday, Musa Ecweru, Uganda’s minister of state for disaster preparedness, said: “Four people were killed in Bududa district and another four including two children in Sironko district.”

“Over 10,000 people have been displaced in eastern Uganda alone and we are currently reviewing villages’ household registers to establish the number and names of missing persons,” said Ecweru.

The government has now released over $5.4 million for emergency procurement.

These include inflatable boats, tarpaulins, blankets, relief food, drugs for water-borne diseases and culverts for fixing washed away bridges under the life-saving and rescue phase of the flooding and landslide situation.