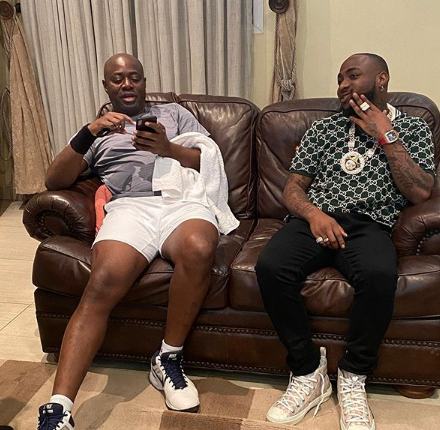 Davido, who had soft spot for Makinde’s party, Peoples Democratic Party (PDP), could not hold back his joy after been afforded the opportunity to meet the governor.

It was gathered that Davido arrived at the State House, Ibadan on Saturday, a few minutes after the governor, Makinde, completed his daily exercise in the gym.

In a picture made available to the Guild, it was observed that Makinde, popularly called GSM by his loyalist wore an ash polo and shorts with tennis shoes.

After the meeting, Davido took to his social media handle to extol the virtues of the governor stod for, describing him as a symbol of good governance in the country. 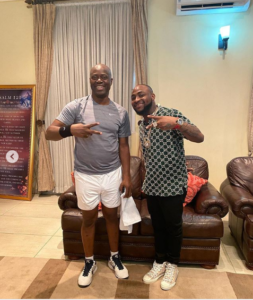 “Ever since I first heard of your triumph and good governance in Oyo State I have been wanting to meet you and I am glad I did! You truly inspire me and with leaders like you the future is definitely bright! God bless you”.

It would be recalled PDP was the party which his uncle, Ademola Adeleke, contested and won his senatorial election representing Osun state but lost the gubernatorial election to incumbent governor of the state, Adegboyega Oyetola, of All Progressives Congress (APC).

And to ensure his uncle claim the governorship ticket, the multi-award winning artiste performed at different rallies in Osun state to woo voters for his uncle.