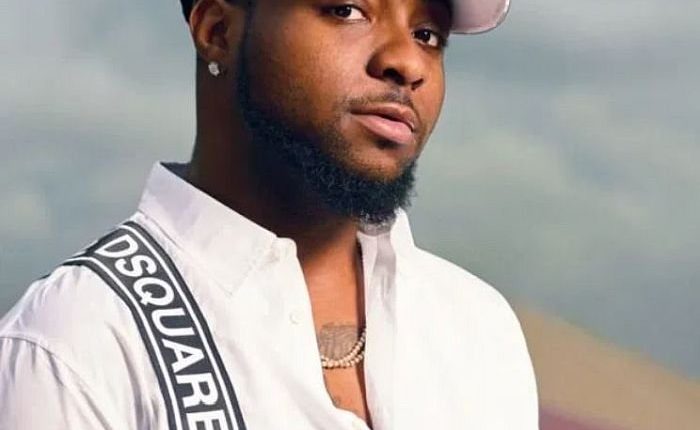 Nigerian singer, David Adeleke, popularly known as Davido has raised alarm over food poison plan by an unknown person following a viral video of a vision of him being poisoned to unconsciousness.

This comes after a Nigerian Pastor narrated a vision of the singer being poisoned by someone living in his house. The pastor also maintained that he has been praying to God to avert the wickedness even though he doesn’t know the singer and has never met him.

The cleric said; “I told you about one singer called Davido, abi? They will poison him. I don’t know him and I haven’t seen him in my life. But they will put something in his drink. He will be rushed to hospital, he will be admitted, he will be conscious.

“I’ve been dealing with it in prayer but the Lord said it will happen. And the person that will poison him is sleeping in his house. Somebody give the Lord a clap offering.

“Did he die? I didn’t see him die. But he will lose something in his body that will handicap him.”

Reacting to the prophecy video, Davido took to his official social media account on Tuesday, prayed to God to deliver him from any form of wickedness.

The 27-year-old pop star also prayed to God to expose and deal with any wickedness being around him, both near or far.

He wrote; ‘God will expose and deal with any wickedness around me near or far. Amen…I ‘m blessed’ 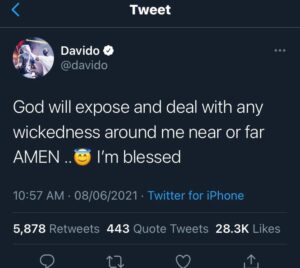