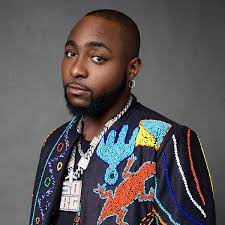 Ahead of the 2022 Osun gubernatorial poll fixed for July 16, crisis has begun to rock family of Nigerian hip-hop artiste, David Adeleke, popularly called Davido, over who they should support for the office between his cousin, Bamidele Adeleke, and the uncle, Ademola Adeleke.

The declaration of both members of the family, as gathered, has polarised the Adelekes, with some throwing their support for Bamidele, while Davido and others have decided to give Ademola, who was a former senator and ex-governorship candidate during the immediate past poll in the state.

It was learnt that face-off between the Adelekes on who becomes the Peoples Democratic Party (PDP) flagbearer has degenerated that they have started accusing one another public, particularly through different social media platforms.

The crisis was said to have degenerated after Bamidele shared pictures of himself with his PDP gubernatorial form and vowed not to back down on his ambition to become the party’s candidate and later become Osun state next governor.

Reacting over the declaration, Davido described his cousin as a misfit and that he lacked the intellectual capacity to govern as well as bring desired development to the state

Davido, through a statement release on his official social media handle shared a picture of Bamidele and Ademola together,  said that it was the people that were close to one that would betray them when they need them the most, noting that his cousin’s decision to contest against the uncle proved that. 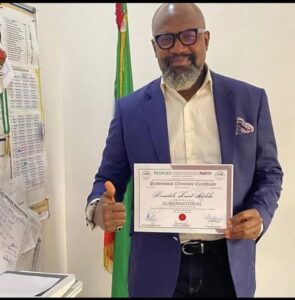 The Afro beat artiste via his social media handle on Tuesday, accused Bamidele of faking his results which he barely struggled to have in order to appear intellectual, adding that he had never succeeded in making anything tangible on his own.

“Wonderful! Me I finished uni with a 2:1. But it’s now cousin Bamidele who struggled to even get a 2:2 that is now forming “intellectual”. Intellectual that has not succeeded in building one single thing in his life on his own. This life ehn! Osun beware of FAKES! Bamidele Adeleke”, he added.

On his part, Ademola, meanwhile, appealed to Davido not to over-flog the issue and that he believes no one would represent the PDP except him, saying we will be victorious during the primaries.