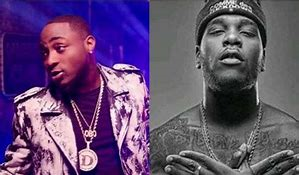 Two big names on the Nigerian, and indeed worldwide, music scene, Davido and  Burna Boy have commenced tours in the United Kingdom, United States of America and Europe, thrilling fans in major world cities as they go through their tour schedule.

It would be recalled that singer/songwriter, Davido, had released his second album, titled “A Good Time” in December 2019, and had featured major international recording artistes such as Meek Mill, Tinashe, Rae Sremmurd/Young Thug, Gunna, A Boogie Wit Da Hoodie, Summer Walker and Popcaan.

However, amidst hints of yet to be released samples and remixes of Davido’s songs “If” and “Fall” by American rap artiste, Kanye West and rap-queen, Cardi B, the Nigerian music star has taken his 2020 tour, tagged the Good Time Tour, to the UK, US and Europe, much to delight of his fans.

The DMV label boss is scheduled for shows accross four countries and has 18 upcoming concerts as he proceeds on music tour around the world, spanning Canada, Puerto Rico as well as the UK and US.

Davido, however is not the only big Nigerian artist doing worldwide tours at the moment as self-styled African Giant, Burna Boy has also commenced his 2020 world tour, and taken several stages to bring his music closer to international fans.

Burna Boy who was scheduled to tour nine countries, with 24 upcoming concerts in major cities in the US, UK and Europe, in his 2020 tour which is tagged, Twice as Tall World Tour, has made appearances in several cities along his tour route where he gave his trademark energetic performances to thrill his fans. 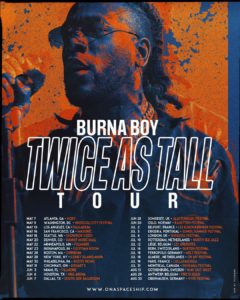 The afro-beats crooner, who is known for his fully live on-stage performances, is making his way through scheduled concerts, backed by hits such as “Ye”, “Killin Dem”, “Secret” and many other fan favorites  being delivered amidst packed audiences, and which have enjoyed raving success as gathered by fan turnout and ticket sales for each event.

The Guild gathered that concert  tickets to both musical giant’s shows are available at select places and also online.