How late Joda, others aided my presidential ambition… 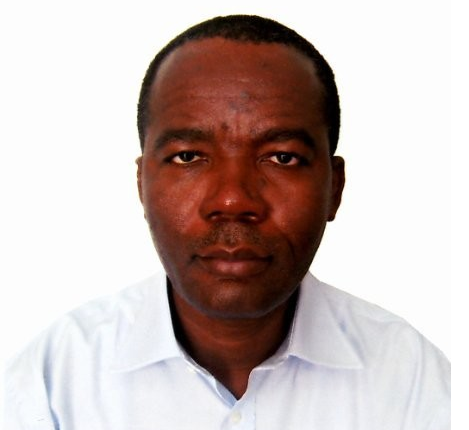 I am not a fan of Asiwaju Bola Ahmed Tinubu. This is not personal. Without apology, my distrust and dislike for Nigerian politicians is almost a blanket one. Call it guilty by association or what have you, I am simply disappointed that successive governments since inception of our democratic experience, and this include the frontline politicians and leaders of the key parties that have had the privilege of being in power, have not done enough to address the fundamental needs of the people.

Granted that our challenges are many within the context of a developing nation, yet there is a consensus that considering our God-given resources, our people should have fared better than being listed among the poorest of the poor were our politicians to be less self-serving!

This said, I have been following the ceaseless barrage of the so-called “damning” releases by one Dapo Apara, former Managing Director of Alpha Beta Consulting who fell out with his old company and now appears to have sworn to “a fight to finish” with his former principal. Sadly, but not unexpectedly, it is my opinion that Mr Apara’s onslaught is now a cannon folder that serves the convenience of political opponents and those who would give anything to see the preeminent political stature of Tinubu tainted in one form or the other.

Ordinarily, it would not have mattered to me when politicians begin to get at each other’s jugular, using all manner underhand tactics. Afterall, that’s a clique of people we all love to hate. So, it would have been convenient, indeed cheap to join the bandwagon of those chorusing “Crucify him, crucify him”. But, the more I pay attention to these stories put out by Apara, the inexcusable gaps I see lead me to a conclusion: this is not just a grudge fight, it’s looking more and more like a hatchet man’s job.

At best, Apara is a turncoat who appears to have sworn to swim or sink with his deep grudges, and if that requires mixing facts and lies together, so be it. Afterall, it’s all a fair game in war. At worst, he is a manipulator, who is playing on the usual predilection of the public to swallow any dirt about their leaders, whether same have enough credible foundation or not.

First, let me state clearly here my position from the standpoint of corporate best practices and the integrity of management. As an entrepreneur, I find it totally unethical that a man who once held the highest position in a company, whatever may have gone wrong, would seek to exploit that privilege to bring down his erstwhile boss or partners with information he assumed would be considered true on its face value just because it was coming from a former insider.

In part, here you are talking about fraudulent transactions most of which took place within the period you were the CEO on whose desk all decisions stopped. It was not on record that you resigned on principle. Neither have you denied the report that you were relieved of your position (for what the company is accusing you of large-scale misappropriation) what does that make you?

The latest efforts in this mudslinging was published in the People’s Gazeette – an online platform that featured a story that had all of Apara’s imprimatur. The title was: EXCLUSIVE: Bank documents expose how Tinubu’s Alpha Beta moved billions with internet fraud Syndicate. Credited to one Hilary Essien, the rider reads: “The controversial Lagos tax Contractor moonlights as a conduit for large volumes of unexplained transactions, its bank records show”

I read through the piece and came off with the impression that this publication was meant to mislead readers. With the case in court as confirmed by this and other publications, perhaps the principal targets have been restrained in their responses or refused largely to be drawn into a public spat, so the tone here suggests an attempt to bring others into the fray.

The strategy is Just to keep the matter on the front burner and keep throwing in different names in the hope that some would respond at some point to defend themselves. So it became a matter of Atamo Atamo, as Yorubas call it, meaning “just piecing ragtag matters together to achieve a mischievous end.

First, the article’s sensational headline talked about how Tinubu moved billions in collaboration with an Internet fraud syndicate. So Tinubu is on top of the ring, right? No, even the story didn’t claim that ultimately. It simply went on to talk about a 2014 prosecuted case in which members of a syndicate were indicted while their leader, Okedele remains on the run. So where is the link? Okedele’s company had a business transaction with Alpha Beta at some point in the past, which the writer faulted on the basis of the differential in the then exchange rate. This singular transaction with Alpha Beta was what made Okedele a sacred cow, untouchable by the Economic and Financial Crimes Commission (EFCC). What kind of warped logic is this?

The EFCC former boss, Ibrahim Magu was also mentioned as having provided cover for Tinubu all along. We the readers don’t need any reminder that Tinubu was a frontline politician ever before Magu’s appointment and has remained so after the latter’s disengagement. “Mr Magu did not return a request seeking comments on this matter from the Gazette, but he had frequently denied covering anyone from facing justice during his days as the nation’s top anti-graft official” the statement concludes.

Down the line, the nearly N1billion received by Apara was explained off as his legitimate share of the company’s profit. Ms Adeola Awofisayo got her name on the list for receiving N30million, and for effect, it was mentioned that she once sat on the board of The Bola Ahmed Tinubu Institute Ltd with the current Vice President, Prof. Yemi Osibajo. Now that’s a big fish, even if no wrongdoing is imputed to him!

We certainly haven’t heard the last of the name peddling. Given that the ex-MD was privy to information on everyone that ever had to do legitimate business with Alpha Beta, those who haven’t been mentioned must await their turn. It looks like this former CEO who just gone rogue certainly had more to spill!

While enjoying the drama, it’s not difficult for those of us who ever operated at the topmost echelon of business and politics to see the oddity in a colleague or partner who would suddenly become the greatest enemy of the establishment by trading with insider information to any willing buyer, including becoming willing tools in the hands of political opponents, whatever may be the circumstances of the parting! What manner of man is this Dapo Apara? If there is indeed a case to prove against those accused, why not pursue this legally to its logical conclusion? Why, as the other contending parties claim, would you remain in hiding for many years now in faraway Dubai, file cases without serving summons to the defenders, but simply going on a media campaign of calumny! Where is integrity? Where is decency?

Dr. Kehinde Alao P.hd is the lead Consultant, Kenny Gee Inc. Management Consultants based in Lagos. Nigeria. He can be reached on [email protected]