Egypt gets $1.1 bln ITFC loan to import fuel, other… 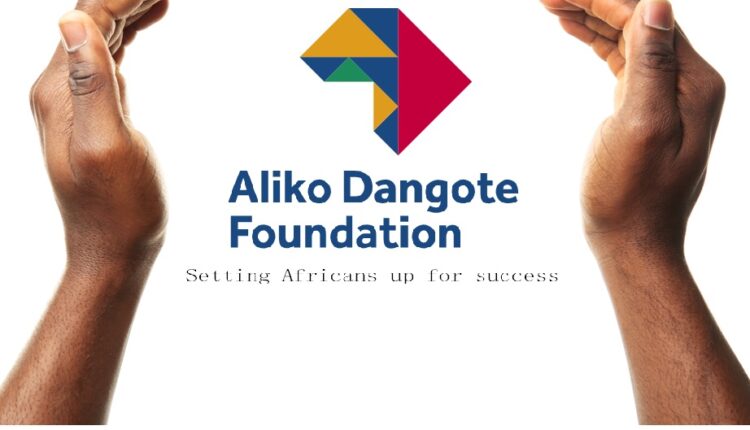 Share
The Katsina State Government and Federation of Muslim Women Associations in Nigeria (FOMWAN)  have taken delivery of funds and relief materials donated by Aliko Dangote Foundation (ADF), a Non-Governmental Organisation (NGO) to cater for welfare over 10, 000 Internally Displaced Persons (IDPs) from communities attacked by bandits in the state.
Some of the items received by the state government includes thousands of cardigans, assorted blankets and others to protect the IDPs in camps from cold especially night.
Aside from the items donated to support IDPs, the foundation handed over N5 million FOMWAN basically to provide special support to women and children in different IDP cams and assured that sanitary products, toiletries, Baby diapers, and other women needs would be delivered to  Dandume and Faskari camps.
The Katsina state government and FOMWAN received the donations days after about 19 communities in Dandume, Faskari and Sabuwa Local Government Areas were attacked by bandits and rendered over 10,000 residents homeless
Delivering the items, ADF representative, Sanusi Abdukadir, stated that the gesture was meant to bring succor to IDPs and called for judicious distribution of the items to beneficiaries in the state.
Receiving the donations, the Deputy Governor, Mannir Yakubu, commended the foundation for the gesture and assured judicious distribution of the items which he described as a timely intervention that would go a long way to alleviate the deplorable condition of IDPs in the State.
Yakubu, who was represented by the Permanent Secretary, Ministry of Agriculture, Isyaku Karofi, hinted that the trucks of foodstuff sent by the foundation to cushion effect of COVID-19 pandemic would be distributed to residents soon.
While urging individuals and corporate organisations to emulate ADF by giving support to the IDPs, he recalled that the Foundation distributed hundreds of millions of Naira to vulnerable women across the 34 Local Government Areas of the state which was aimed at boosting their small scale businesses.
In its own response, the FOMWAN commended Aliko Dangote for the invaluable support to the cause of humanity and for responding promptly to the plight of the displaced persons across the nation.
The FOMWAN National Amirah, Halima Jibril, said “a total of 6,545 displaced persons comprising of 4,245 women and 2,300 children, are currently at Dandume and Faskari Model Primary Schools.
According to her an investigation by a joint team of FOMWAN in Katsina and Faskari indicated that the increasing number of IDPs in Sabuwa IDP camp, may mean that about 12,000 or more people could have been displaced in Katsina.