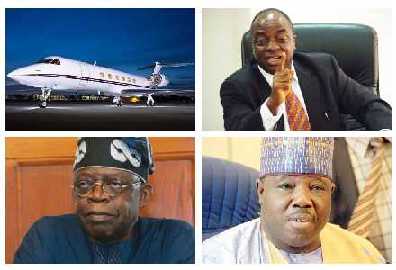 Following spate of banditry, kidnapping, and other criminalities, Nigerian Customs has concluded plans to verify all privately owned aircraft in other to stem the tide of insecurity particularly to control any possible inflow of ammunition across the country.

Customs added that the one-month verification exercise for all privately owned aircraft across the country would commence on 7th of June and end 6th of July, 2021.

Some of the private aircraft owners that may be affected by the law enforcement agency’s decision were Aliko Dangote, national leader of All Progressives Congress (APC) Bola Tinubu, senator representing Anambra State, Orji Uzor Kalu, General Overseer of Faith Tabernacle, David Oyedepo and his Redeem Christian Church of God (RCCG), Enoch Adeboye, and many others in the country.

Announcing the development on Monday at the Customs headquarters in Abuja, National Public Relations Officer for the service, Joseph Attah, stated that this was against the backdrop of rising insecurity as well as efforts to mop up revenue for the Federal Government across the country.

According to him, the exercise which is to commence 7th of June will end on the 6th of July, 2021 at the Headquarters of the Nigeria Customs service.

He explained that said private aircraft owners would be expected to visit the Tariff and Trade Department of the Service for the verification exercise with required documents on their plane.

Meanwhile, the spokesman disclosed that over N700 billion were generated by the agency as revenue from its operations between the months of January to May 2021.

The spokesman added that the figure recorded within the first five months was over N200 billion higher than what the service realised last year within the same period through its offices across the country.