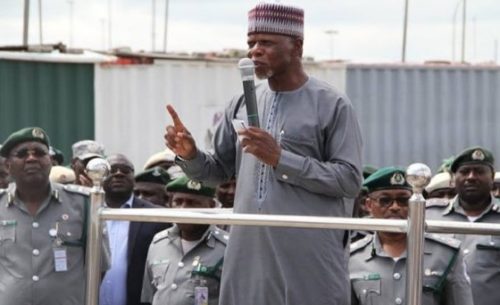 The Nigeria Customs Service (NCS) has disclosed that its personnel have intercepted contraband worth over N854 million Duty Paid Value in three months.

The Customs Coordinator in charge of Kano and Jigawa, Deputy Comptroller, Oseni Olorukooba, noted that the items seized included two vehicles, 413 bags of foreign rice, and 382 bales of second-hand clothes.

Others, he said, are 150 cartons of macaroni, 200 cartons of spaghetti, 638 cartons of foreign shoes of different sizes for children, men, and women.

Olorukooba declared that smugglers now have no “safe haven” to perpetrate dastardly acts.

The Deputy Comptroller urged the media to continue to enlighten the public on the dangers associated with the smuggling of prohibited items into the country.

The Deputy Comptroller also reiterated the determination of the unit to fight against smuggling, while commending
officers and men of the service for achieving the successes recorded during the period under review.