Customs may impound over 30 private jets for evading verification 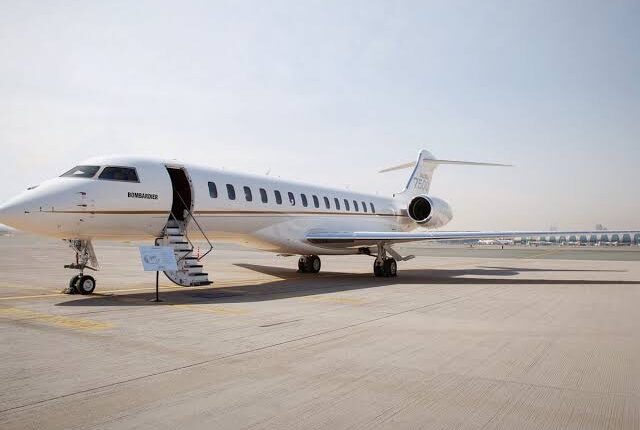 The Nigeria Customs Service (NCS) has threatened to impound all private aircraft that were discovered not presented by the owners for verification before 6th of August, 2021 across the country.

Customs, meanwhile, said that 30 out of 65 private airplanes verified across the country so far were discovered to have been liable to pay required duties to the Federal Government.

These were disclosed by Customs Public Relations Officer, Mr Joseph Attah, during an interview with newsmen on Sunday while giving update on the verification exercise undertaken by the government to stem tide of insecurity particularly to control any possible inflow of ammunition across the country.

Speaking on the planned to impound private aircrafts, Attach noted that the verification exercise should have ended but the Customs decided that another two weeks should be added to give room for others yet to present their facility for verification to embark on it.

Following the impact of the first two weeks extension, he hinted that the service had again given another two weeks which commenced from Monday, July 26, to Friday, August 6, to the owners.

According to him, this two weeks extension will be the last window for verification because whoever fails to turn up for the exercise will have his aircraft impounded.

Attah explained that 30 of the 65 airplanes which were discovered liable to pay required duties to the Federal Government during verification came into the country through Temporary Importation agreement which allows them to bring the jets without payment because it was secured by the owners on a bond.

He said that thereafter many of them failed to turn up to pay on the expiration of the agreement which necessitated the verification been carried out by the apex government on the planes.

He stated that with this exercise, there would be more revenue to be accrued to the Federal Government because those who failed to adhere to the agreement would be made to pay the duties.

The customs’ spokesperson said the verification had also given opportunity to the service to clearly differentiate those airplanes in the country that were on commercial operations from those owned and used for private purposes.

Attah restated that the verification was not meant to embarrass anybody but to ensure that the right or required duties were paid to the government by the owners of these private airplanes.

“Considering the rising number of compliance and the number of jets that are liable for payment of duties as well as indications by those people to do so, the Comptroller-General has again graciously given them another two weeks.

“The exercise as I stated in our previous briefings, is not intended to be punitive or to embarrass them but to ensure that these private jets that operate in the country are properly documented.

“And also, to ensure every collectible revenue is collected into the coffers of the Federal Government. As you all know the case of increasing economic challenges, every source of revenue is important to the government and beyond that, for security purposes.

“With this, you can now tie proper ownership to every aircraft or private jet that flies into and out of the country. Through the exercise, we have been able to know those hiding under temporary importation agreements.

“We are aware that owners of private jets are highly placed Nigerians who should be respected and approached in a manner that provides all necessary convenience and that is what these extensions stands for,” he explained.