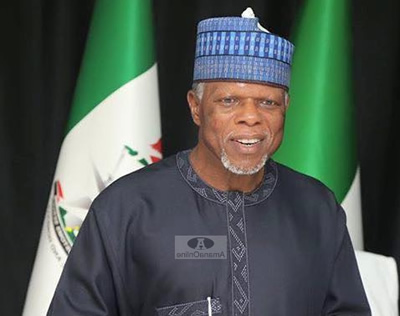 The Area Comptroller of Customs (CAC) for Port Harcourt Area II Command, Onne, Rivers State, Comptroller Auwal Mohammed, has said the only way  the nation can achieve 48-hour cargo clearance is by ensuring that importers declare their consignments fully.
Mohammed said the NICIS II on which the service runs its process makes it possible for an importer to clear his goods even before the consignment lands.
“All it requires is for the importer to open his Form M, get his Bill of Laden and invoice from his exporter abroad, then apply to the ruling centre where PAAR will be issued to you and you will have your tax base there. With his tax base, the importer should be able to pay correct duty using appropriate classification. Pre- Arrival Assessment Report (PAAR) will give the classification of your item based on your document you present to them. What will remain immediately your container lands is physical examination to make sure that what you declared and paid for tallies with the quantity description and the classification of goods you have in your container. It will not take 24 hours before Customs will conduct proper examination and if it tallies with what you declared, your cargo will be released to you. This saves time and avoid stress,” he explained.
The CAC said if this process was followed, and proper declaration made, there was no reason the 48-hour clearance would not be achieved because once Customs confirmed that the declaration tallied with what was in the container, it would be released to the terminal operators, who also take their charges and give you another release, which Customs would acknowledge and issue the final exit clearance to the importer.
Mohammed explained further that there must be proper declaration in the national interest because where such exists, the country’s problems, particularly in relation to Customs revenue generation, would be solved.
He said delays and bottlenecks arose where there were no true declarations which he tags “lack of compliance.” This area, he said, required a carrot-and-stick approach to get the best out of stakeholders.
For instance, Mohammed said in Onne Command, the compliance level is at about 60 per cent.
He added that the seizures recorded at the command were fall outs of the 40 percent non- compliance, which he hoped would be improved upon.
“I also urged stakeholders to try as much as possible to be well acquainted with the import prohibition list. So, all intending importers and their agents should bear in mind that ignorance of the law is not an excuse,” he said.
Mohammed, under whose tenure the Command has record the highest monthly revenue collection of N13 billion in the 37-year-old Command, closed last year with a revenue collection of N118.9 billion.