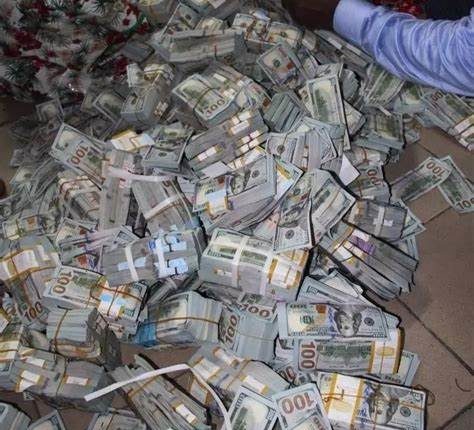 The Nigerian Customs Service (NCS), Muritala Mohammed International Airport (MMIA) Command, has intercepted a driver, Chimezie Okonkwo, for conveying six bags containing cash worth $8,065,612 to the port for transportation out of Nigeria.

When accoasted by the law enforcement agency, the Guild gathered that the suspect could not state reasons or the owner of the huge cash he wanted to leave the country with.

Customs Comptroller-General, Col. Hameed Ali (retd), speaking to newsmen yesterday, stressed that it was illegal to transport such huge amounts of money physically across the country’s borders without a proper declaration of such to relevant authorities.

The Comptroller-General explained that dollars, packed in six bags, was conveyed in a bus owned by Nigerian Aviation Handling Company to evade at the airport.

Ali stated that the highest acceptable amount anyone could carry as cash, traveling out of Nigeria, was $10,000 or it’s equivalent in other currencies, and as such, travelers were expected to declare all cash in excess of this amount or be prepared to face seizure of funds and prosecution.

He explained that such legislation had been put in place to discourage money laundering and other financial crimes, as well as illegal criminal activities like financing of international terrorism, drug smuggling, arms proliferation which were usually committed by moving bulk sums of money out of a countries borders.

“To enforce compliance with the monitoring of cross border cash movement, registers are maintained at all approved points of entry and exit, where voluntary declarations are recorded and maintained,”

“The declarations are then followed up by the Economic and Financial Crimes Commission (EFCC) to ascertain any possible link between the cash movers and criminal networks”.

“At the Murtala Mohammed Airport, the command has put in place additional measures to monitor the implementation of the anti-money laundering and Counter-Terrorism Financing operation,”

“These measures include surveillance at the arrival and departure halls, increased patrols at the tarmac and cultivation of intelligence around its area of responsibility, and have yielded several positive results of intercepting illegal consignments before they are airlifted out of the country”.

The comptroller general had assured newsmen that the seized funds were kept in safe custody and that preliminary investigations were still ongoing to determine all who were culpable in an attempt to smuggle $8,065,612 out of the country, adding that the media would be updated as investigations unfold.

“I hereby appeal to all Nigerian travelers, businessmen and all citizens of the world who come across our borders daily, to declare any cash on them, if for any reason they choose to carry such,”

“The threshold for physical cash that can legally be carried on one’s person across our borders still remains $10,000, I implore travelers to explore other legal means of moving their funds in and out of the country”.