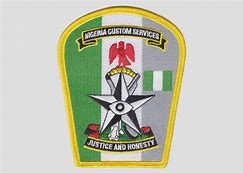 The Nigerian Customs Service, Kaduna State Command, has disclosed its interception and seizure of contraband goods worth millions of naira, which had been illegally brought into the country through the Niger borders, and explained that the seized items had been forfieted to the body according to law.

The border security agency stated that the seizure had taken place as result of diligence of its operatives on ground, and also due to intelligence reports which had intimated the force of new tactics employed by smugglers to by pass security checks and bring in their contraband goods into the country.

Customs Federal Operation Unit Kaduna Zone “B” Comptroller, Mustapha Sarkin-Kebbi, explained that the items which were seized had included about 400 bags of rice, 600 bags of fertilizer and 140 units of refurbished gas cylinders, all of which had allegedly entered the country accross its land borders from neigbouring Niger.

Sarkin-Kebbi, in a statement released through the command Public Relations Officer (PRO), Abubakar Usman, on Tuesday, in Kaduna, said that the items had been intercepted over a space of two weeks in the Ilorin/Jebba/Mokwa areas, and stated that such items were unfit for consumption or use, necessitating their designations as contraband.

Usman explained that the bags of rice, which had been hidden between watermelons in two trucks, were unsanitary and had leaked juices from the fruits drained into them, and that the contraband items would have been sold to consumers irrespective of its being unhealthy.

“Also intercepted were 200 pieces of used tyres, 90 bales of second hand clothings and 322 kegs of vegetable oil along Katsina/Kano axis”.

According to the command’s spokesperson, such illegal importation posed threat to local industry as well as to life and property of Nigerians, such as incidents of fire explosions as a result of such refurbished gas cylinders, or health hazards due to consumption such imported food items.

He reiterated the need to patronise local industry, stay off illegally imported goods, and do business within the confines of the law, explaining that Nigeria was home to several legal opportunities to make a living.

Usman reiterated the commitment of customs operatives to the safety of Nigerians, saying that the zone was prepared to adopt new strategies to combat smuggling activities.

He urged the general public to cooperate with men of the customs service in discaharge of their duties and called for anyone with valid information concerning smuggling routes and  illegal importation to reach out to the agency.