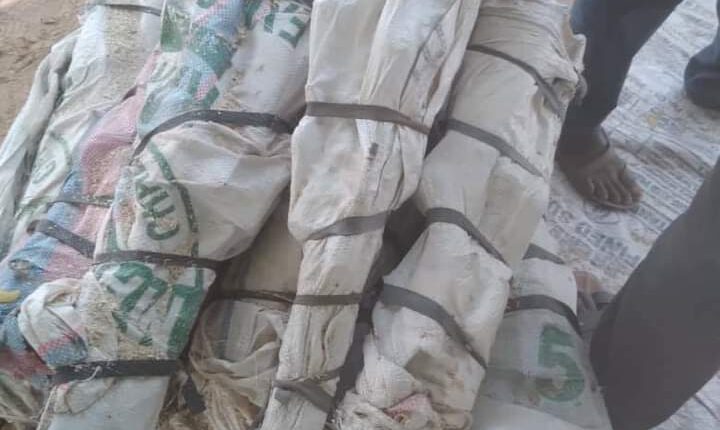 The Nigeria Customs Service has disclosed that its personnel intercepted 73 guns buried inside a rice truck heading to Kebbi State.

As stated, the customs officers attached to Federal operation unit zone B, intercepted the truck along the Yauri, Zamare waterside axis of the state.

It was learnt that the intercepted truck was loaded with locally produced rice with some sacks concealed under the rice where the guns were kept.

Confirming the development, the NSC Zone B FOU Controller, Hamisu Albashir, said that the intercepted guns were locally made, adding that 891 cartridges were also recovered.

Through a statement released to newsmen yesterday by the NSC Public Relations Officer, Joseph Attah, Albashir said that the officers also arrested three occupants of the trucks.

The custom boss added that the arrested occupants are being detained while preliminary investigation is ongoing to unravel those behind the smuggling activities.

He, however, restated the service commitment toward curbing smuggling of harmful items into the country through all zones across the country.