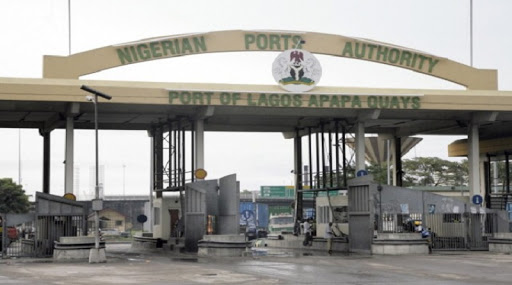 The Nigeria Customs Service has announced that it generated not less than N227.347 billion revenue in six months in Apapa ports through its Apapa Area Command despite the outbreak of coronavirus in Nigeria and Lagos being the epicentre of the virus.

It explained that amidst global pandemic ravaging the world with daunting effect on the global economy, the command maintained its tempo at ensuring maximum revenue is collected in addition to trade facilitation and suppression of smuggling.

The Customs Area Controller, Mohammed Abba-Kura said the feat was achieved as part of the service commitment in consolidating on the command’s previous achievements to increase its generating power and work towards eradicating all forms of smuggling.

While giving the breakdown to newsmen during a press briefing on Friday, Abba-Kura noted that the Command recorded a steady improvement in revenue collection all through the half-year except for the month of May which recorded a decline of about 3.531 billion when compared between the year 2019 and 2020.

“The Command in half year of 2019 collected a total sum of 203.264 billion nairas as Customs Duty and other charges like 7 per cent surcharge, VAT, 1 per cent CISS among others.

“While in 2020 (January to June) the Command collected a huge sum of two hundred and twenty-seven billion, three hundred and forty-seven million, forty-six thousand, two hundred and thirty-three naira and fifty-three kobo (#227,347,046,233.53).

“This represents an increase of twenty-four billion, eighty-two million, nine hundred and ninety-one thousand, five hundred and fifty naira, and eighty-four kobo (#24,082,991,550.84) or 10.59% increase from the previous year,” he said.

He noted that the command seized a total of one hundred and forty-two (142) containers of various items as part of its efforts to suppress all form of smuggling as enshrined in Customs and Excise Management Act, sections 46 & 48 which deals with offences in relation to import and export.

Abba-Kura, reiterated the need for the port’s stakeholders to always follow and observe the laid down import and export guidelines and procedures. He stressed the imperative of sincere declarations in order to avoid seizure of their consignments by Customs Operatives.

“Until you adhere strictly to these guidelines and procedures, we shall not relent in enforcing our laws as empowered by CEMA CAP C45, LFN 2004 as amended,” he added

The Controller said the Command also an increase in export trade, goods worth fifty-two billion, three hundred and sixty-nine million, five hundred and six thousand, seven hundred and seventy naira and ninety kobos (N52,369,506,770.90) (Free On Board Value) have been exported from Nigeria.

He listed the exported goods to include agricultural products, mineral resources, and steel bars amongst others, adding that the total tonnage of these goods stood at 1.642 million tones with FOB value in American Dollar of $ 171,142,178.99.

Abba-Kura, however, lauded the support by all stakeholders including media, NCS Units such as Customs Intelligence Unit (CIU), Valuation, Post Clearance Audit (PCA) as well as the support and encouragement of the management of the Service ably led by the Comptroller-General of Customs Col. Hameed Ibrahim Ali (Rtd).