Tinubu and Osinbajo: The real political choice for Yorubas 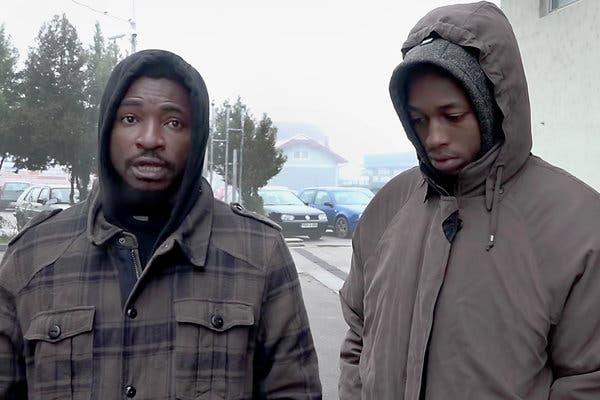 After series of negotiations on two Nigerian students detailed in Bosnia Herzegovina, the country and Croatian Government have issue conditions that could warrant their release and deportation back home.

The condition came after the Federal Government intervened on the continued detention of two students of Federal University of Technology, Owerri (FUTO), Alexandro Uchenna and Kenneth Chinedu, who attended an international table tennis competition in Croatia but ended up in a Bosnian refugee camp.

Chairman/CEO, Nigerians in Diaspora Commission, (NIDCOM), Abike Dabiri-Erewa, disclosed the conditions for the two students release in a statement issued on Friday, assuring their Nigerians that they were hale and hearty.

While further assuring that the students are expected to return to Croatia any moment, Dabiri-Erewa stressed that conditions were attached to their release by the Croatia and Bosnia Herzegovinian government.

According to her, the conditions attached to their release include the usage of their return tickets from Zagreb, Croatia back to Nigeria and must not seek Asylum in Croatia, just as one of them did already.

The chairman said that five of them went for the table tennis event without the knowledge of the Nigerian Table Tennis Federation; two returned over two weeks ago, three of them stayed back while one already applied for asylum.

Although the Croatia Authorities through our Ambassador in Budapest denied the allegation involving maltreatment by the Croatian Police, the Hon. Minister of Foreign Affairs, Geoffrey Onyeama has demanded full investigation into the matter.

This was sequel to series of diplomatic interventions from the Nigerian Mission in Hungary and Minister of Foreign Affairs, Geoffrey Onyema, who directed for full investigations to be carried out over allegations of maltreatment.

Dabiri-Erewa appealed to Nigerians to always inform relevant authorities whenever they go on such trips outside the country and be of good behaviour.

According to a report, Abia Alexandro Uchenna, Eboh Kenneth Chinedu, and three other students, arrived in Zagreb, capital of Croatia, on November 12, for the fifth world inter-university championships held in the country.

They were allegedly arrested while taking a walk around the country’s capital on November 18 as they couldn’t produce relevant documents to the police.

The police officers were reported to have transferred the students to the country’s Bosnia-Herzegovina border, where Croatian authorities had gathered a group of illegal migrants attempting to cross into the country.