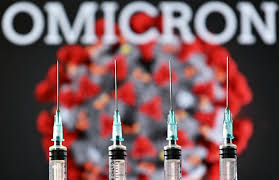 The Coronavirus disease (Covid 19) broke out in China in January 2020, but the Federal Ministry of Health confirmed the first case in Lagos State, Nigeria on the 27th of February 2020.

The case was an Italian citizen, who works in Nigeria and returned from Milan, Italy to Lagos, Nigeria on the 25th of February, 2020. He was confirmed by the Virology Laboratory of the Lagos University Teaching Hospital, part of the Laboratory Network of the Nigeria Centre for Disease Control.

Since then, the Government of Nigeria, through the Federal Ministry of Health, has been strengthening measures to ensure that an outbreak in Nigeria is controlled and contained quickly. The multi-sectoral Coronavirus Preparedness Group, led by the Nigeria Centre for Disease Control (NCDC) immediately activated its National Emergency Operations Centre to respond and implement firm control measures.

According to information from Nigeria Centre for Disease Control (NCDC), on the 12th of December 2021, 418 new confirmed cases were recorded in Nigeria. Till date, 217,481 cases have been confirmed, 207,746 cases have been discharged and 2,981 deaths have been recorded in 36 states and the Federal Capital Territory.

Early this month, Omicron variant, a new strain of the coronavirus disease, was reported by South Africa and first detected in Botswana.

But on December 12, 2021, the NCDC announced that the first cases of Omicron variant of COVID-19 have been recorded in the country.

The health agency said the three cases of the variant were discovered through genomic sequencing, linking the cases to three passengers from South Africa.

“This genomic surveillance has now identified and confirmed Nigeria’s first cases of the B.1.1.529 SARS-CoV-2 lineage, now known as the Omicron variant,” “Samples obtained for the stipulated day to test for all travelers to Nigeria were positive for this variant in three persons with a history of travel to South Africa.

The discovery has made countries such as the United Kingdom, Saudi Arabia, Israel among others to place travel bans on some African countries.

Specifically, the United Kingdom quickly red-listed Nigeria following claims that some travelers who arrived Britain with the virus were traced to Nigeria. Also, Canada had announced that it discovered two cases of the variant from two passengers from Nigeria.

When Covid 19 epidemic first broke out, most advanced countries of the world were suppressing informations, Nigeria and the rest of Africa are being punished now for doing the right thing and being transparent with information on a global health issue.

Expectedly, this discriminatory red-listing of Nigeria by the United Kingdom and other countries over COVID-19’s Omicron variant, has drawn strong reactions from Nigerians.

Not a few analysts believe that the British move is fundamentally discriminatory, because after South Africa announced the detection of Omicron, Netherlands disclosed that the COVID-19 variant had been in their country but UK has not announced a ban of Dutch travelers.

It is also noteworthy that currently, there is no report that the new variant has recorded fatality anywhere in Africa. Not even in South Africa, which first announced the presence of the variant. But there are reports that Omicron is spreading in Europe, as many of the countries prepare for the 4th wave of the pandemic.

Meanwhile, the government has faulted the decision by the UK government, describing it as unjust and discriminatory. The Minister of Information and Culture, Alhaji Lai Mohammed, just like the two chambers of the National Assembly have urged the UK authorities to reverse its decision immediately.

Over the weekend, the Minister of Aviation, Senator Hadi Sirika, gave a hint of a counter-punch when he stated that the decision to ban these countries in retaliation was in the offing.

“If they don’t allow our citizens to go into their countries who are their airlines coming to pick from our country? So, I am very sure that in the next few days, between now and Monday, or perhaps Tuesday, at maximum, all those countries will be put on the Red List from the PSC (Presidential Steering Committee) from the task force of COVID-19.

“Once they are put on the Red List, which means they are banned, of course, their airlines will be banned. I’m so sorry, we are going through a difficult moment, but we have to do it in the interest of our country,” Sirika explained.

In the midst of this plots and counter-plots, I am aligning with the position of the World Health Organization (WHO), which said “countries should apply an evidence-informed and risk-based approach when deciding on travel measures related to Omicron, including possible screening or quarantine of international passengers, adding that blanket bans do not prevent its spread.”

The world must move away from unilaterism which characterised international relations in the Trump era to multilateralism in confronting Transnational health challenges and the economic challenges that may arise therefrom.

For us in Nigeria even as we think globally, this is another wakeup call for the need for us to develop our self-reliant capacities in all areas in order to attract respect abroad!

It is worthy to note that though politics indeed plays a role in health affairs, but it should not define the response to an epidemic requiring an evidence-based mechanism of containment.

Till date, the origin, transmission and severity of the coronavirus, in all its manifestations, are still matters of contention among experts. So, it will be a disservice to humanity if we allow politics and economic nationalism, instead of science, to define the global response to a virus that we know little about.

Instead of drawing daggers, the world should collaborate and defeat Covid 19 and all its variants, just like we partnered to conquer Ebola, Small Pox etc, which had threatened humanity in the past.

Gbenga Olawepo-Hashim is a former Presidential candidate and a Chieftain of the ruling All Progressive Congress, APC,