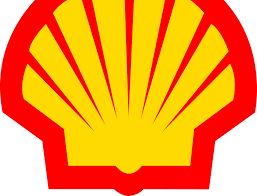 A Federal High Court in Lagos presided over by Justice Oluremi Oguntoyibo has granted an order of interim mareva injunction immediately blocking bank accounts of Shell and four of its subsidiary companies in all commercial banks pending the final determination of a suit filed by Aiteo Eastern E & P Company Limited before the court.

The court gave the order pending the hearing and final determination of the motion for an interlocutory injunction in a suit delineated FHC/L/CS/52/2021 filed before it by Aiteo.

The order of the court restrains Shell from withdrawing funds standing to their credit without first “ring-fencing” them to the value of the 16,050,000 barrels of crude oil and must on no account carry out any transaction on the listed accounts without first “ring-fencing any cash, bonds, deposits, all forms of negotiable instruments to the value of $2.7 billion and paying all standing credits to the Shell companies up to the value into an interest yielding account in the name of the Chief Registrar of the court, who is to hold the funds in trust” pending the hearing of the motion.

The court further held that pending the hearing and determination of the motion on notice for an interlocutory injunction, 20 listed commercial banks are restrained in the interim from accepting, honouring or giving effect to any mandate, cheque or instructions presented by the companies.

In its statement of claim, Aiteo alleged that SPDC and its sister companies had a deliberate corporate policy to unjustly enrich themselves at the expense of the plaintiff and other local oil companies with the use of a wrong metering system, retaining crude oil volumes due to the company to the detriment of Aiteo.

Aiteo averred that the officials and agents of Shell are conscious of the wrongful appropriation of its crude oil but did nothing to prevent or stop it until directives were issued by the Department of Petroleum Resources (DPR), arguing that the only means by which the defendants could conveniently appropriate the plaintiff’s crude oil illegally was to understate the crude oil volume belonging to Aiteo.

The company maintained that SPDC and its subsidiaries made use of the Coriolis meter in bad faith to deceive it regarding the number of crude oil volumes due to it, maintaining that the Coriolis meter has poor zero stability which affects flow meter accuracy and cannot be used for fluids with lower density and sensitive to external vibration interference, among others.

Aiteo described the matter as that of national security and claimed that the action by SPDC deprived it of refundable crude and has affected its business negatively, insisting that contrary to the figures by DPR, Aiteo experts have concluded that 16,050,000 barrels were stolen.

According to the company, it is entitled to the sum of $1,275,975,000, is the amount it would have sold the over 16 million barrels of crude oil at the rate of $79.50 per barrel being the prevailing price in July 2018. Alternatively, it added that if DPR figures are used, then the 1,022,029 barrels would yield about $81.2 million, saying that because of the “fraudulent” action of the defendants, it became practically impossibility to meet its repayment obligations to its financiers who provided it with the sums of $1,488,000,000 to acquire assets.

In one of the letters conveying the position of DPR to SPDC, referenced DMR/CTO/COA/Com/V.3/102 and signed by one U.K Ndanusa, for the director of DPR, Sarki Auwalu, the regulatory agency quoted part of the regulation flouted by the company as part 1, section 2(d) of the Mineral Oil Safety Regulation and the Provisions of Section 51 of the Petroleum Act; 1969.

In another memo from the regulatory agency, dated July 8, 2020, it recalled its earlier rejection of the unapproved Coriolis meter and directed SPDC to begin the process of reimbursing Aiteo of 1,022,029 barrels, Belema Oil’s 39,374, Eroton’s 643,245 and Newcross’ 377,030 barrels of stolen crude.