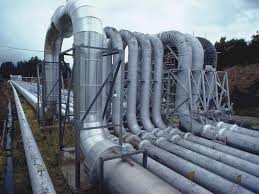 The residents had approached the court seeking an interim injunction to halt the project over their unresolved land issues.

One Abdullahi Adamu alongside 38 others from the community had dragged the Federal Government (FG), Nigeria National Petroleum Corporation (NNPC) alongside two others before Justice S.I Mark of the Federal High Court where the order was issued to stop the project.

The ruling stops both FG and NNPC, their contractors or representatives are restrained from carrying out any administrative or executive functions.

They are also restrained from performing any contractual obligations under any agreement, including demolishing, defacing, marking or inscribing on the plaintiff houses or forcefully ejecting them.

The ruling stops any digging or construction of gas well or any other act of interference with the plaintiff farmlands and plots situated at Magami, Dawakin Kudu LGA in connection with the AKK project pending the hearing and determination of the motion.

He then directed that all the respondents be put on notice within seven days of the order and to reply as same and adjourned the matter to April 15, 2021 for hearing.