2023: The abracadabra of direct primaries 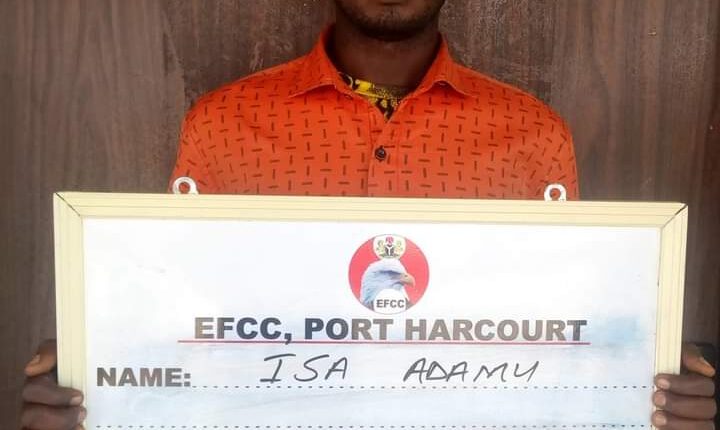 A Federal High Court sitting in Port Harcourt, Rivers State has sentenced one Isa Adamu to one-year imprisonment for dealing in petroleum products without obtaining the required license.

Adamu was arrested by Nigerian Army during an anti-bunkering operation along Onne/Akwa Ibom road in Port Harcourt and was handed over to the Economic and Financial Crimes Commission (EFCC) for prosecution.

Three years after Adamu’s arrest onboard a truck with number plate XB 342 YLA and loaded with 40,000 litres of Automotive Gas Oil( A.G.O), the court presided over by Justice I.M Sani on Thursday declared the accused guilty and sentenced him to one-year imprisonment after listening to appeals from his counsel.

Sani, after ordering that the product conveyed in the truck be forfeited to the Federal Government while the truck should be released to the owner, gave the accused an option of fine of N400,000.

Earlier during the court proceedings, EFCC, through a statement, said that Adamu pleaded guilty to the one-count charged that was read before him, just as his counsel pleaded that the court overlooks his mistakes.

The one-count charge reads: “That you Isa Adamu (a.k.a) Babagana on or about 2nd day of June , 2017 along Onne/Akwa-Ibom Road, Rivers State, within the jurisdiction of this Honourable Court without appropriate license dealt in petroleum product to wit. 40,000 Litres of Automotive Gas Oil (AGO) conveyed in a truck with registration number XB 342 YLA and thereby committed an offence contrary to Section 1 (1) (a) and punishable under Section 1 (17) (a) of the Miscellaneous Offences Act, Cap M17 of the Revised Edition (Laws of the Federation of Nigeria), 2007 and punishable under Section 1 (17) of the same Act”.

Also, the prosecution counsel, M. T. Iko reviewed facts of the case and tendered documents that were admitted in evidence and urged the court to convict and sentence the defendant accordingly.