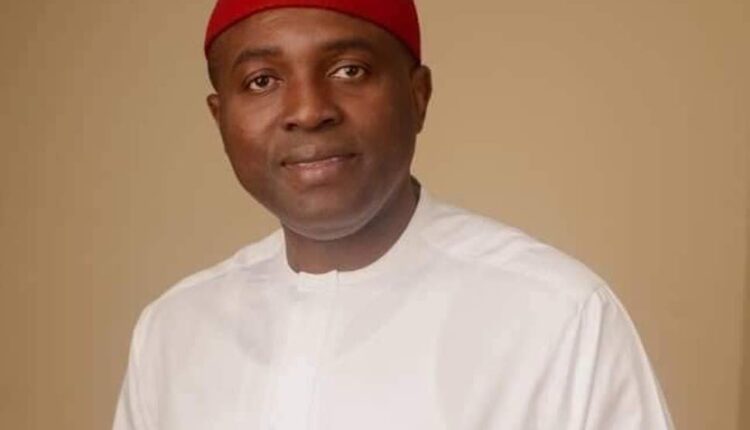 Ahead of the 2023 general election, a Federal High Court sitting in Abuja has removed a member of the House of Representatives, Chris Azubogu, as the All Progressives Grand Alliance (APGA) Senatorial candidate for Anambra South Senatorial District.

The federal lawmaker was kicked out of the senatorial race on grounds that at the time of contesting for APGA’s senatorial ticket, he was still a member of the People’s Democratic Party (PDP).

According to the court, the candidate’s action violated Sections 65 and 68 of the 1999 Constitution before and during the primary conducted by APGA in the district.

Delivering judgment in the suit instituted by Ben Nwankwo, challenging the nomination of Azubogu, Justice Inyang Ekwo, held that the lawmaker’s actions were unlawful.

Ekwo agreed with the plaintiff that Azubogu ought to have resigned, defected, or cross-carpeted from PDP to APGA before he can lawfully qualify to stand for primary election on the platform of another party.

As a serving member of the House of Representatives, representing Nnewi North/ Nnewi South/ Ekwusigo Federal Constituency under the PDP ticket, Justice Ekwo held that Azubogu ought to have relinquished the seat if he had actually resigned his membership, defected from PDP to APGA or another political party.

The court held that without complying with mandatory provisions of Sections 65 and 68 of the 1999 Constitution and Article 27 of the APGA guidelines for the primary election for 2022, there was no way the federal lawmaker can lawfully participate in any primary election other than that of the PDP.

According to the court, as of June 1, 2022 when APGA conducted its primary election for the nomination of a candidate for Anambra South Senatorial District, Azubogu was not qualified to participate.

The court added that any action taken in contravention or breach of the 1999 Constitution is unconstitutional, null, and void, adding that Azubogu having not been a member of APGA at the time he purportedly stood for the primary election of the party cannot be lawfully nominated by APGA.

The court consequently nullified his purported nomination and submission of his name to INEC as a candidate of APGA for the 2023 senatorial election.

In his place, Justice Ekwo ordered that the plaintiff, Ben Nwankwo’s name be submitted to the electoral body as a candidate of APGA for the election.

The court issued a restraining order prohibiting the House of Representatives member from parading himself as APGA candidate in the 2023 election and INEC from according him recognition as APGA’s candidate.