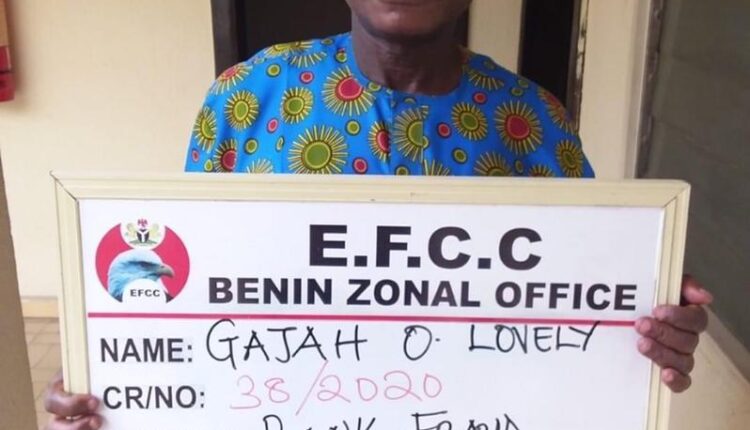 The Edo State High Court sitting in Benin City has remanded Gajah Lovely, over his inability to produce a suspect, Richman Pere, whom he stood for as surety to court.

Lovely, who has been remainded in prison custody, was facing a two-count charge bordering on conspiracy, perversion of justice and failure to produce the suspect for whom he stood as surety.

During the court hearing, counsel to EFCC, Ibrahim Muhammed, told the court that the defendant committed the offence on 9th of January, 2021.

Muhammed said the defendant, who stood as surety for Pere, aided and abated his escape by refusing to produce him for arraignment before the court.

The counsel said that the defendant’s action of not providing the suspect proved that he had thereby committed an offence punishable under the law.

Counsel to to the anti-graft agency asked the court for a trial date and to remand the defendant in prison custody after the defendant pleaded not guilty to the crime.

An attempt by the defence counsel, Marta Imafu, to move an application for Lovely’s bail was opposed by the prosecution counsel, arguing that the surety must remain in custody pending when the suspect returns.

After listening to all arguments, Justice Imadegbelo thereafter, ordered that the defendant be remanded at the Correctional Centre and adjourned till March 17 for trial.