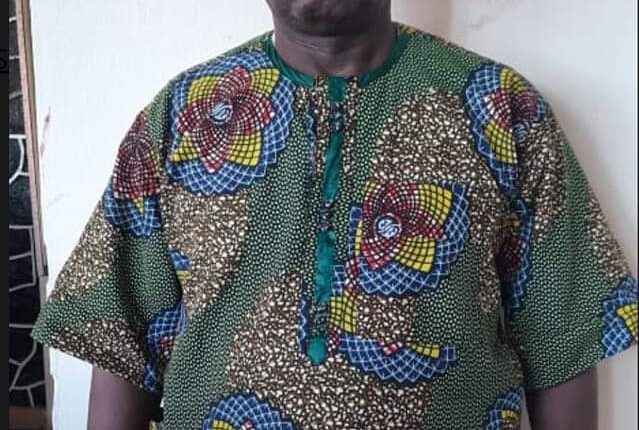 The Economic and Financial Crimes Commission (EFCC), has arraigned one Jamiu Ajose, for allegedly forging documents and making false claims while standing as surety for a former Chief of Air Staff, Air Marshal Adesola Amosun, that was accused of misappropriating public funds.

Ajose, who was docked before Justice Chukwujekwu of the Federal High Court sitting in Ikoyi, Lagos, was alleged to have tendered forged documents to a Court Registrar and made false statements to an EFCC operative in the state.

Upon his arraignment, he pleaded not guilty to the three-count charge preferred against him, bordering on forgery, possession of forged documents and making false statements.

After pleading not guilty, Justice Aneke adjourned the matter till September 29, 2021 for commencement of trial and also ordered the defendant be remanded in Ikoyi Correctional Centre.

Earlier, one of the counts reads: “That you, Jamiu Jimmy Ajose, sometime in 2021, in Lagos within the jurisdiction of this Honourable Court, uttered to the Registrar of the Federal High Court, Lagos a forged document titled “Recommendation for Bail”, wherein you misrepresented yourself as one “Mr Augustine Buko Kappo of No 19, Toyin Davies Street, Ejigbo, Lagos”, knowing same to be false with the intent that the Registrar of the Federal High Court may in the belief that is genuine be induced into allowing you stand as surety for the bail of Air Marshal Adesola Amosun Nunayon (Retd), the 1st defendant in charge No FHC/L/280C/2016 before the Federal High Court and you thereby committed an offence contrary to and punishable under Section 1(2) (c) of the Miscellaneous offences Act, CAP M17, Laws of the Federation of Nigeria, 2004.”

In view of his plea, the prosecution counsel, Chinenye Okezie, applied that the defendant be remanded in a Correctional Facility and also prayed for a date to commence trial.

When the defence counsel sought to make an oral application for bail on behalf of his client, he was denied by the Judge who insisted on a written application.