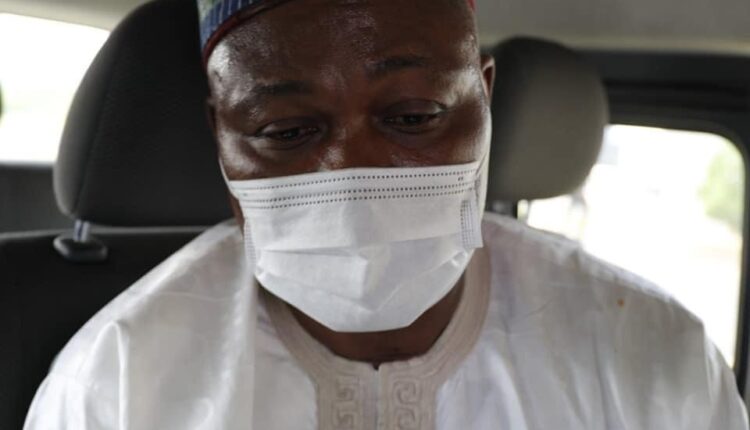 Dikki, who was remanded in Suleja Correctional Centre, was facing a four-counts of alleged corruption and abuse of office preferred against him by the Economic and Financial Crime Commission (EFCC).

The former BPE boss was arranged before Justice Yusuf Halilu, of the Federal Capital Territory High Court, Abuja, for his involvement in the benefit scam said to be contrary to Section 17(1)(a) of the Corrupt Practices and Other Related Offences ACT, 2000 and punishable under Section (17)(c) of the same Act.

Docked alongside his Company, Kebna Studios and Communications Limited, Dikki was said to have allegedly received about a billion Naira as gratification from Bestworth Insurance Brokers for his role in facilitating the approval of outstanding insurance premiums and claims of deceased and incapacitated staff of PHCN.

Counsel for the prosecution team, Benjamin Menji, prayed for adjournment such that would enable his team present their witness and prove all counts preferred against the defendants.

“We shall be asking for a date to enable us to assemble our witnesses and to prove the entire counts against the defendants and we shall urge the court to remand the first defendant in a Correctional facility pending commencement of his trial,” he said.

Menji also opposed counsel for the first defendant, Abdul Muhammed, prayer seeking the court to grant his client bail, arguing that the defendant should file their applications formally to enable the prosecution to respond accordingly.

“We shall strongly be opposing the oral application, the reason being that we have facts that we want to place before this Honorable Court. And the only way to do that is by way of affidavit, why bail should not be granted. For this reason, they should come formally and we will bring all we have and place before this Court so that the court can be able to look at it and sieve from what we are bringing.”

Justice Halilu, after listening to all arguments, ordered that the defendants be remanded at Suleja Correctional Centre and adjourned the case till March 3, for consideration of bail application.