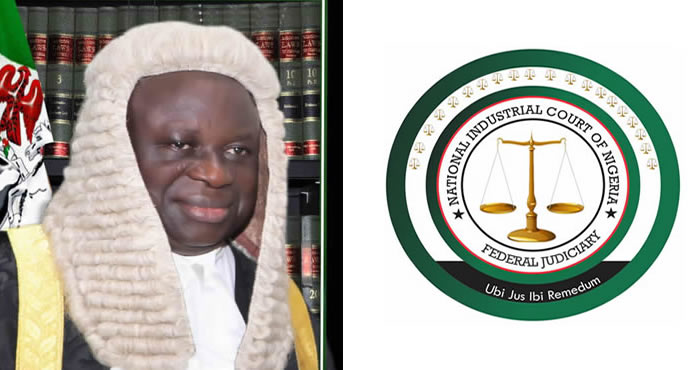 The National Industrial Court sitting in Kaduna has declared that dismissal of Deputy Director of Administration and General Services of the State Local Government Service Commission, Kabiru Rasheed, from service by the Government was unlawful and ordered his reinstatement to the position.

Also, the court directed the state government should pay Rasheed all salary arrears, allowances, and other entitlements from 2017 to date within one month after the judgement.

Presiding over the case, Justice Sinmisola Adeniyi, on Monday, stated that the state government should pay the applicants the sum of N250, 000 to cover for the legal expenses incurred within the last three years.

According to the judge, the state commission did not fully comply with the provisions of the Public Service Rules in the purported termination of employment.

Adeniyi, after careful evaluation of the processes filed, held that the procedure laid down by such statute must be fully complied with in the discipline of an employee whose employment was statutory.

“I am quite convinced that the dismissal of the Claimant from the employment of the 1st Defendant did not follow the statutory procedure. To put it differently, the Claimant’s dismissal was improper, unlawful, null and void. I so hold,” she added.

Earlier, the claimant, Rasheed, had submitted that he was employed in 1985 and was subsequently confirmed in 1994 that he rose through the ranks to the position of Deputy Director of Administration and General Services.

He maintained that prior to his purported dismissal in 2017, the government issued a query on alleged misconduct which he replied; that no further action was taken before he was dismissed that he made several representations to lodge complaints but all to no avail.

Furthermore, the commission counsel, Sanusi Usman, requested for the amicable settlement of the matter which was granted. Subsequently, it was reported by the learned counsel for the Claimant Isaac Idonta Esq. that parties were unable to reach an amicable settlement and the Court adjourned for trial.

In defence, while the commission filed none, the claimant’s counsel, Isaac Idonta, submitted that the method of dismissal employed by the Defendants against the Claimant does not align with the provision of the extant law urged the Court to grant the relief sought.