JUST IN: FG puts Lagos bridge under closure for Integrity… 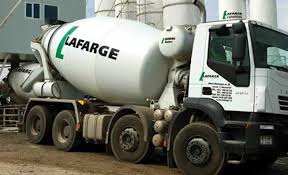 After three years of wait, an ex-staff of Lafarge Africa Plc, Matthew Anuga, was filled with joy on Wednesday after National Industrial Court ordered his former employee to him over N16 million outstanding severance benefits.

In its ruling, President of the National Industrial Court, Justice Benedict Kanyip, stated that the mode of disengagement adopted by Lafarge on the staff was inappropriate and not in accordance with the law.

During court proceeding, the claimant submitted that he became aware that the firm planned to dispense with his services on grounds of redundancy, proceeded on annual leave with effect from 15 May 2017, and on 16 May 2017, the company declared him redundant, with effect from 19 May 2017.

He noted that the firm directed him to carry out due diligence exit clearance, as a requirement for the payment of his accrued benefits which he did, certified with no liability.

According to the claimant’s submission, the accrued severance benefits which should have come to him were withheld by the defendant without any reason.

In defence, Lafarge submitted that Matthew took up of parallel employment in another firm while his employment with the company still subsists and that the action constituted a breach of the employment agreement.

It further argued that the action constituted neglect of duty, which act alone is a ground for dismissal of a defaulting employee and urged the Court to rule that the claimant was not entitled to the exit/severance payout or any other payment which arose from his purported employment in the company.

The defendant counsel L. I. Ayeki, with M. P. Alabi-Isaiah expressed that the allegation of the claimant that sum of N1,511,000.00 was unduly and wrongfully deducted is misleading, erroneous and after-thought urged the Court to dismiss the suit.

In opposition, the claimant counsel Edwin Inegedu, who argued that the defendant did not plead or lead evidence that the claimant was summarily dismissed, urged the Court to grant reliefs sought. 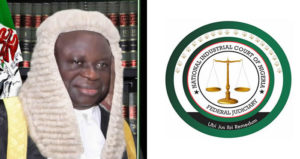 After careful evaluation of the submissions of both counsel, delivering judgment via a virtual court process, the presiding Judge, Justice Kanyip held that claimant breached the employment agreement dated 18 January 2016 for taking up employment with another company while still in the employment of the defendant.

“If the defendant had on 16th May 2017, instead of issuing a letter of redundancy, issued a dismissal letter, that would have been valid.

“But, like I pointed out, the defendant did not exercise its right to dismiss the claimant under clause 11. Instead, the defendant chose the option of redundancy, something that is akin to termination, although it gave restructuring as the reason for cessation of the claimant’s employment.

“I have no hesitation whatsoever in holding that the defendant is duty-bound to pay to the claimant the sum of N15,149,518.59 claimed by the claimant as severance benefits, And I so order.

Edo guber aspirant steps down for Ize-Iyamu ahead APC primaries