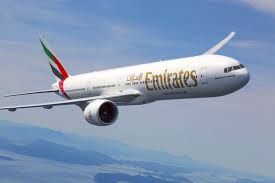 A Lagos High Court presided by Justice Sule Muslim Hassan has ordered Emirates Airline to pay the sum of $1.6m to a passenger, Mr. Orji Prince Chu Ikem. The amount was stolen from the passenger while on business trip from Lagos to Guangzhou 2007. Justice Hassan also ordered the airline to pay the sum of N50m to the plaintiff for subjecting him to hardship.

Justice Sule Muslim Hassan, who presided over the court, made the above orders on Monday, January 11, while delivering judgment in a suit filed against the airline by the businessman.  The case had been on for 11 years.

Orji in a suit marked FHC/L/CS/1006/2009, accused Emirates Airlines of illegal and unlawful conversion of his $1.630 million, which he intended to buy some goods from Dubai, Hong-Kong and China.

The businessman in his amended statement of claimed filed by his counsels, Sir Chris Ekemezie and Anayo Alpheus Mbah, said the incident occurred on December 19, 2007, at the Murtala Mohammed International Airport(MMIA), Lagos, when he  boarded an Emirate Airlines flight from Lagos –Dubai-Hong Kong-Guangzhou -China on flight No. EK 784 and a connecting  flight C2358 to China.

He stated that at the airport, after he checked in two luggage containing samples of goods he intended to buy in China both weighing approximately 40 kilograms respectively and tagged EK 650161 and EK650162.

He had two hand luggage, one containing the sum of US$1.6 million and the other containing his personal effects which were both within the permissible weight allowed to be carried as hand luggage.

He stated that his hand luggage was duly screened by the customs and immigration officers in the presence of some members of staff of the airline, after he had filled the Nigerian Customs Service currency declaration form.

The businessman stated that when he got to the boarding gate of the aircraft, some staff of the airline intercepted him and demanded for his passport, boarding pass and ticket. After perusing the documents, they inquired as to the contents of his hand luggage, to which he freely told them that one of the bags contained money and the other his personal effects. He added that the airlines staff compelled him to open the bags which he vehemently opposed to but after a prolonged argument and in order not to miss his flight, he opened  the bags for them to see  the contents.

He averred that the staff of the airline  further insisted that the bags must be tagged despite his protest, assuring him that the bags will be put in a special compartment and will be handed over to him on arrival at his destination. He added that the tag numbers placed hand luggage were entirely different from the tag used at the check in counter, which were stuck to his ticket with tag number EK428682 and EK428683 respectively.

Orji averred that on arrival at Guangzhou, he went to claim his bags, and to his utmost surprise, all his luggage were missing. He added that he immediately lodged a complaint with the Southern China Airline officials he found at the counter. They asked him of the contents of his luggage which he quickly explained to them. Afterwards, the officials immediately sent email with Ref No. CANCZ 48954 and CANCZ 48933 where they informed Emirates Airlines to search for his luggage and revert back to them immediately.

He stated that on December 23, 2007, he went back to the airport and was informed that two of his luggage which he checked in at the check-in counter at Murtala Mohammed International Airport with tags number EK650161 and EK650162 had arrived, however, the other bags collected at the boarding gate of the aircraft in Nigeria had still not arrived.

He added that on the advice of Southern China Airline staff, he refused to collect the two bags and immediately made another report of missing luggage, thereafter the officials of Southern China Airline started making frantic calls to Emirates Airlines’ office in Dubai requesting them to check for the bags as they had not gotten any reply from them.

But Emirates Airlines, in its amended statement of defence filed and argued by its counsel, Chief Awa Kalu (SAN) described the businessman’s suit as un-meritorious, frivolous, vexatious and constitute a gross abuse of court’s process by virtue of which it should be dismissed in its entirety.

Emirates Airlines admitted  that the businessman was one of the passengers for   flight EK 784 on December 19, 2007 who flew to Dubai, Hong Kong and then boarded a connecting flight to Guangzhou, China.

It  admitted also that he was at the Murtala Muhammed International Airport, lkeja on December 19, 2007 and was scheduled to board the Defendant flight EK 784 to Dubai on the Dubai-Hong Kong and Guangzhou flights;  the airline, however,   claimed that it was not aware and was not informed of the contents of the hand luggage.

However, Justice Hassan, while delivering judgment in the suit, dismissed all the defence put up by Emirates Airlines and awarded the sum of $1.63. illegally and unlawfully converted, and the sum of N50 million for untold hardship the businessman was subjected to.