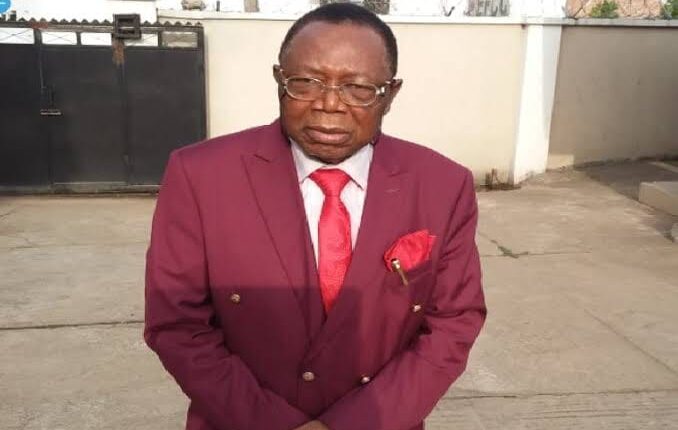 The Federal High Court sitting in Makurdi, Benue State has adjourned the trial of former chairman of Benue State University Teaching Hospital, John Ibu and his accomplice over alleged misappropriation of N24.6 million to January 21, 2022.

It adjourned the case to next year for parties to prepare their witnesses on the case involving the ex-chairman, his accomplice, Abukenchi Suleiman, on charges bordering on conspiracy and fraud.

Both men were been prosecuted by the the Economic and Financial Crimes and Commission (EFCC) for allegedly obtaining the said sum from the Benue State University Teaching Hospital under the guise of purchasing a Toyota Landcruiser Prado 2018 Model which they never did.

Announcing the new date for continuation of the trial, Justice Abdu Dogo, yesterday, said that the court would resume hearing on the said case and try to round up their proceedings earlier than expected.

The adjournment was announced after the EFCC presented its first prosecution witness who testified against Ibu, affirming that the ex-chairman was allegedly culpable for the act.

The witness, who was the Chief Medical Director for the Teaching Hospital, Faromo Fende, narrated how the hospital had earlier in 2019 awarded a contract to Ibu to supply a Toyota Prado Jeep.

He said that Ibu had failed to deliver on the agreed stipulated time after receiving an advance payment.

“After several reminder, we took the matter back to the board, the board chairman then, the 1st defendant, kept giving excuses on behalf of the vendor, citing a problem at the broader of Benin Republic and Nigeria as reason for the delay.” he said.

“In June, 2020, a year after the contract was awarded, the board then threatened to take legal action or report the matter to the authorities. ADB Motors then disclosed that the then board Chairman Prof. Ibu approached them prior to the award of the contract and asked them to submit a bid with the understanding that if they got it, they will give the money to him to buy the vehicles by himself from the vendor of his choice”. he added.

Also, the prosecution counsel, George Chia-Yakua, tendered a petition written to EFCC which was admitted in evidence and marked as exhibit A.

A cross examination of the witness was done by the defence counsel as he tendered in evidence the contract letter signed by the witness dated 16th November, 2020. It was admitted and marked as exhibit B.

JUST IN: Four die, scores trap under rubble after another building collapse in Lagos