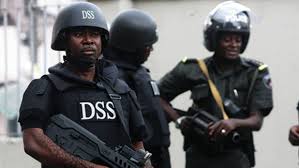 A Federal High Court sitting in Asaba region of Delta State has awarded a ten million naira fine to be paid by the Department of State Services (DSS) as punitive damages in a case of illegal detention which was laid against the security outfit by a trader, Anthony Okolie.

The presiding Judge, Justice Nnamdi Dimgba, who ordered that the state security agency make payment for damages caused during its violation of the human rights of the claimant, Okolie, however, struck out the cases against the Nigerian President’s daughter, Hanan Buhari, and telecommunications company, MTN.

Dimgba delivered his judgment on Thursday, saying that the court was convinced that the DSS had held Okolie under wrongful detention for a period of ten weeks, without any charge.

He stated that the prosecutors had, however, been unable to prove beyond a reasonable doubt that Hanan, as well as the telecommunications company, were culpable in the events leading up to the illegal imprisonment of Okolie, hence, the dismissal of the N500 million suit against the respondents.

It would be recalled that the DSS, MTN, and Hanan had been arraigned in a suit filed on behalf of Okolie by his human-rights lawyer, Tope Akinode, in which all parties had been sued for sums of N500 million each.

Okolie had claimed that he was arrested by the DSS for being in possession of an MTN sim-card which had previously belonged to the president’s daughter and that the security agency had remanded the 33-year-old trader in custody for ten weeks without any formal charge.

The suit, with number FHC/ASB/CS/3/2020, had sought an order to “compel the respondents (DSS, Hanan and MTN) jointly or severally to pay the applicant the sum of N500, 000, 000 only as general and aggravated damages for the gross and unlawful violation of the applicant’s right to acquire moveable properties, freedom of movement and self-dignity.”

The lawyer, Akinode, confirmed the judgment through a post on his social media page on Thursday and expressed his happiness at the outcome of the suit.

“I’ve been able to persuade the Federal High Court to award N10m against SSS for the 10 weeks detention of Anthony Okolie over an MTN SIM card once used by the daughter of President Buhari, Hanan”, he said.