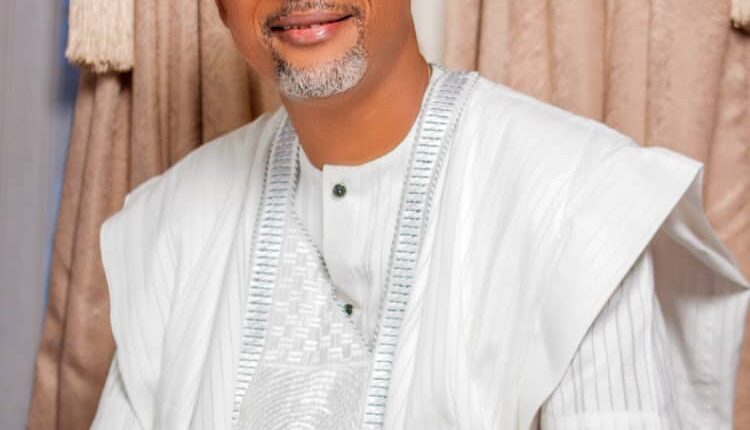 Share
The Federal High Court sitting in Abuja has dismissed the suit brought by Mohammed Abubakar, challenging the legality of the Kolade Alabi-led Association of Local Governments of Nigeria (ALGON) executive.
It held that the case brought before it by Mohammed Abubakar in the name of Board of Trustees (BOT) for ALGON to challenge the election of Kolade Alabi as the leader of the council association was incompetent.
On Tuesday while ruling on the case, Justice I. E. Ekwo further held that the ex parte order obtained by Abubakar, over eight months, March 29, 2021, has lapsed and was no longer worthy of presentation before it or attached to the existing case.
As gathered, the court had earlier in the year, March 29, 2021, granted Abubakar seven days to file the said substantive application but the application was allowed to expire.
According to the judge, the order earlier granted Abubakar has elapsed and after that, the applicant did not file another substantive application for judicial review (granted in the order) nor sought an extension of the existing ex parte order
Justice Ekwo frowned upon and completely rejected as “unorthodox and unknown to the Rules of Court”, Mohammed Abubakar’s attempt to bring in one Abdullahi Shuaibu Maje as a co-applicant to the ex parte process by which Leave was obtained.
Aside from that, the court stated that it was not possible to amend or join a party to processes already spent and based on which a Leave was granted by the court and threw out the case.
The judge, after turning down the request from the applicant that the order be renewed, maintained that the substantive suit itself was also incompetent, invalid, and liable to be struck out.
After Justice Ekwo, in his wisdom struck the suit out in its entirety, National Publicity Secretary of ALGON, Solomon Onah, while speaking for the Kolade-Alabi executive committee described it as a welcome development.
Onah said the Kolade Alabi-led ALGON executive has been vindicated, hoping that the ruling would put an end to the “shenanigans of the Abdullahi Maje group.”
“As it stands, the case filed by Mohammed Abubakar falsely in the name of Board of Trustees and supported by Abdullahi Shuaibu Maje with an ex parte order obtained by them on March 29, 2021, which they have bandied about in the traditional and on the social media and also presented to various authorities, has now been fully thrown out by the Federal High Court ably presided over by Hon. Justice I E. Ekwo.
“We hope the group will retrace their steps, apologize for the unnecessary disturbance of the public peace and join the Alabi team to move the association forward.,