Commercial bus driver to appear before Court after… 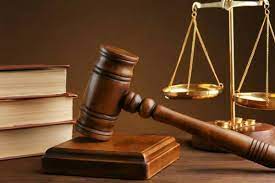 The Federal High Court sitting in Lagos has dismissed a suit filed by an All Progressive Congress (APC) aspirant, Oluwatosin Onamade against an Assembly candidate, Abiodun Aro for failing to establish his allegations.

The suit was said to have been ruled out because Onamade failed to establish claims alleging that the Aro contested with a fake membership card.

Onamade was said to have also filed the suit against the Independent National Electoral Commission (INEC) over unfair results at the primary.

He was said to have urged the Court to declare him as the lawful candidate of the APC for the Ikorodu House of Assembly, Constituency II in the forthcoming 2023 general elections.

Justice Iniekenimi Oweibe of the High Court held that the Plaintiff’s suit was statute barred having been filed outside the time frame stipulated by section 285 (9) of the constitution of federal republic of Nigeria 1999.

Delivering judgement on Thursday in Lagos, the judge ruled that the Plaintiff failed to establish his claims that the primary election conducted by APC on the 27th May 2022 was not conducted in accordance with the provision of the electoral Act 2022.

As gathered, the Plaintiff alleged that the lawmaker was a member of the opposition party who had contested three times in elections into the Lagos House of Assembly under the People Democratic Party, PDP, but lost.

He further alleged that in the May 27,2022 primary election, the lawmaker contested under APC without first resigning his membership from the opposition party.