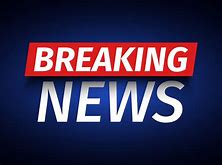 The Federal High Court, sitting in Abuja, has convicted Peoples Democratic Party (PDP) former National Publicity Secretary, Olisa Metuh, on charges of N400million money laundery, in a case that has been pending since 2014.

Metuh had been charged to court by the Economic and Financial Crimes Commission (EFCC) on several counts of fraud, mismanagement and money laundering to tune of N400million.

Justice Okon Abang, of the apex court, stated that the court had found Metuh guilty of laundering N400million which had been budgeted for arms and other military equipment.

Abang, who delivered judgement on Tuesday, in Abuja, disclosed that the court had also found Metuh’s firm, Destra Investment Ltd, guilty of illegally receiving N400million from Office of the National Security Adviser (ONSA),  prior to 2015 presidential election, without contract approval or execution.

“I find the defendants guilty in respect of count 1 of the charge and they are accordingly convicted”.

The apex court judge explained that process of submission review is still ongoing, saying that there are six charges pending, on which, justice would also be served as soon as possible.

It would be recalled that the PDP stalwart had, through his counsel, pleaded not guilty to the seven-count charge which had been laid against him.