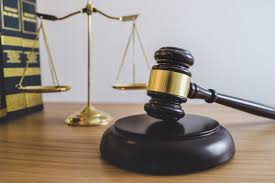 A court in Ethiopia has convicted the nation’s Former Cabinet Minister, Simon Bereket, on charges of corruption and mismanagement of public funds.

It declared that Bereket was guilty on two counts of corruption and mismanagement of the Amhara region Public Investment Fund, TIRET corporation, saying that the former minister had taken undue advantage of his tenure in office.

The court, which sat in the Bahir Dar region of the nation, also convicted a former TIRET Board Member, Tadesse Kassa, in a judgment delivered on Friday, and said that both men had been found guilty of the corruption charges for which they were arraigned.

It would be recalled that Bereket was Ethiopian Minister of Communications from 1995 till 2012 and that he had co-founded TIRET Corporation, which he led until 2017.

Just in: 42 COVID-19 patients walk free after recovery in Lagos